YouTuber Zhong Ming-xuan (锺明轩) became popular eight years ago because of his cover song “Suffering (煎熬)”. He also won the love of many fans because of his hot words! Recently, in order to celebrate his 22nd birthday, he decided to buy his first car as a birthday gift. Many netizens left messages to congratulate him.

Zhong Mingxuan shared his new car on YouTube on the 10th. He revealed that he didn’t want to buy a car so soon when he got his driver’s license. However, after determining that he wanted to buy a car, he went to test drive and sign a contract the next day. Although the car was a second-hand car, he also spent some time-saving money and pushed off many invitations to dinner and travel.

Zhong Mingxuan said in the film that he bought a white medieval car produced by Audi in 2015. Although the “three door design” seems very inconvenient, he only likes this design because he doesn’t like carrying people. If he meets a friend who wants to ride together, he can tell him that the back seat space is very small and can’t carry people; He also happily named the car “little white”. 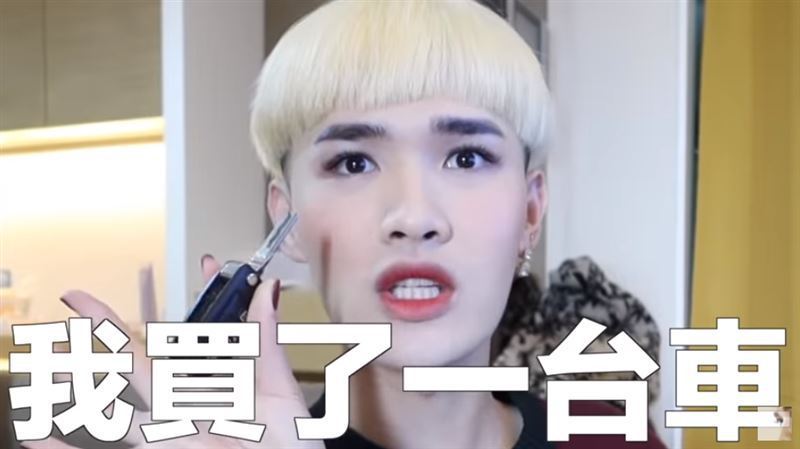