(Taipei, 27th) Malaysian singer Z-Chen has released famous songs such as “3:00 AM (凌晨三点钟)“, “May I love you” and “Mo ri zhi lian/末日之恋“, and has been named “Prince of Love Songs”. In recent years, he has been staying in Malaysia until the end of April this year, he flew from Malaysia to Taiwan after a two-year hiatus, but unexpectedly only after 2 months, he posted in Facebook today (27), revealing that he was accidentally diagnosed with COVID. 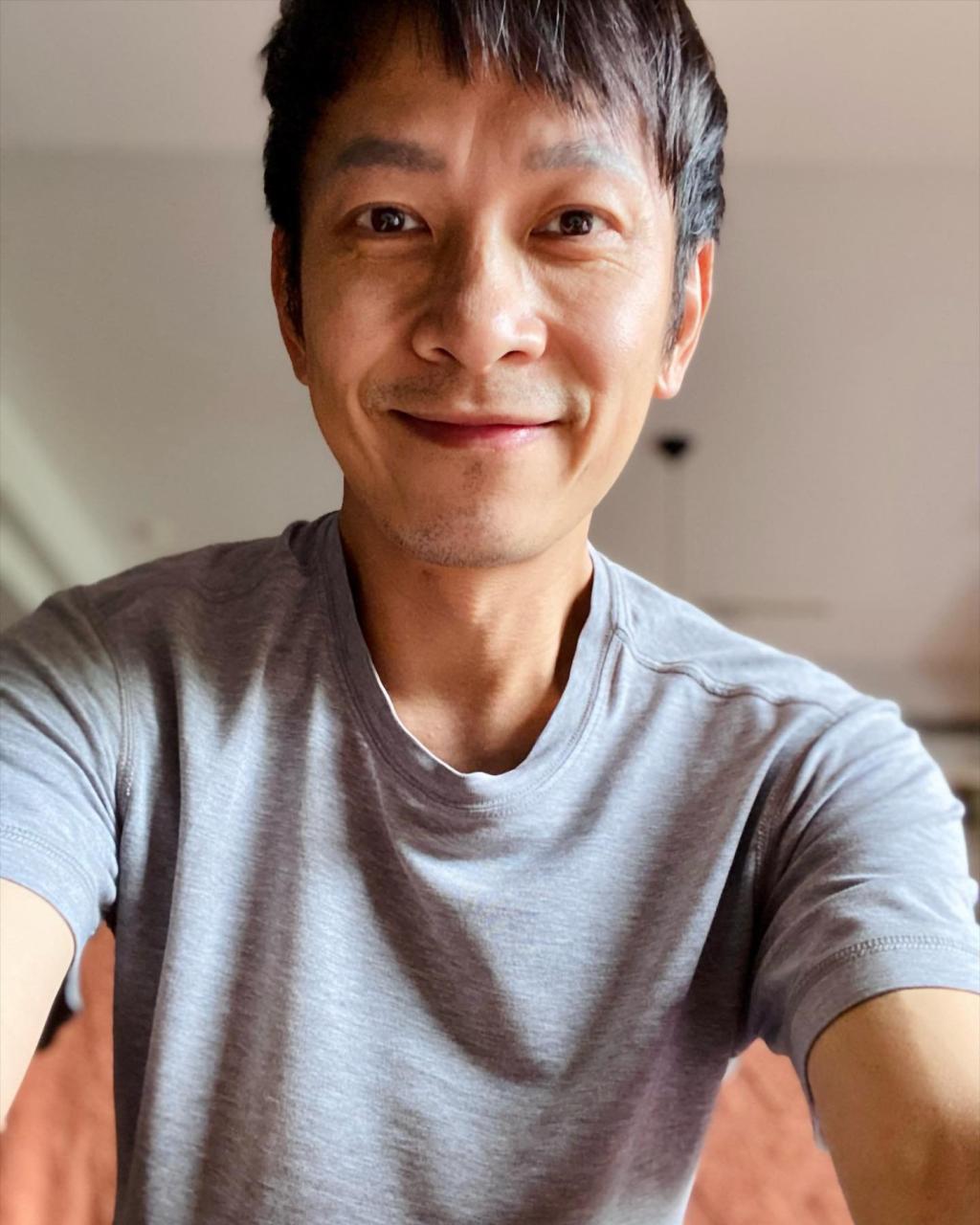 Z-Chen made a surprise post at the end of April, announcing, “After many years, finally I am back in Taipei.” At that time, many friends and relatives were curious to ask him if he had cried, and he said emotionally, “This moment is a little.” Unexpectedly, after a short interval of 2 months, he posted the positive test results of the fast screening early this morning, lamenting, “I can avoid the shocking two years in Malaysia, but I can’t avoid the two months in Taipei.” And helplessly said, “Face it! I Dong Yin Gong.” 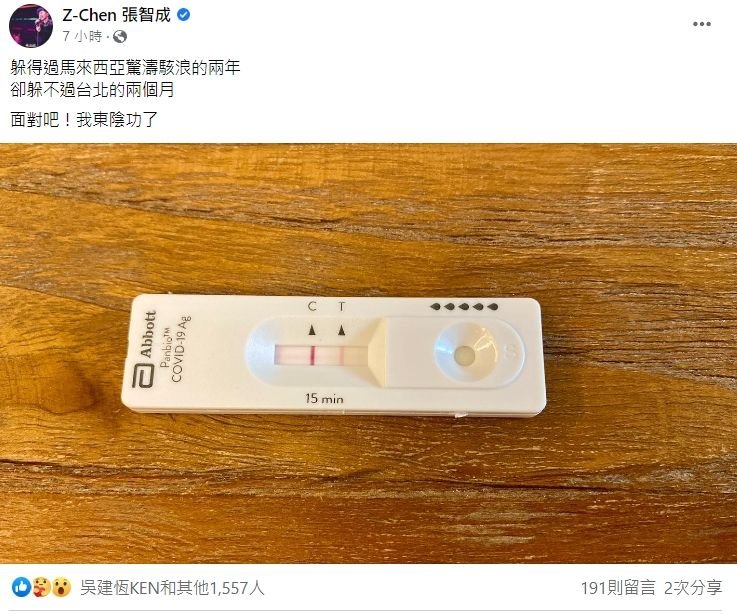 In response, many netizens have poured in to comfort, hope that Z-Chen early recovery, “to take care of themselves, more rest to supplement vitamin C”, “Take care!”.

In fact, a while ago, when Z-Chen took a recent photo, he laughed at himself: “The bags under the eyes that the filter can’t save.” At that time, he was accused of losing a lot of weight. However, he explained that this is purely a matter of photo angle, and he actually “ate a lot”, just did not grow meat. Now the news of the diagnosis is exposed, and immediately aroused outside concern, he himself in addition to the safety report, but also did not forget to stress: “weight is not worried.” 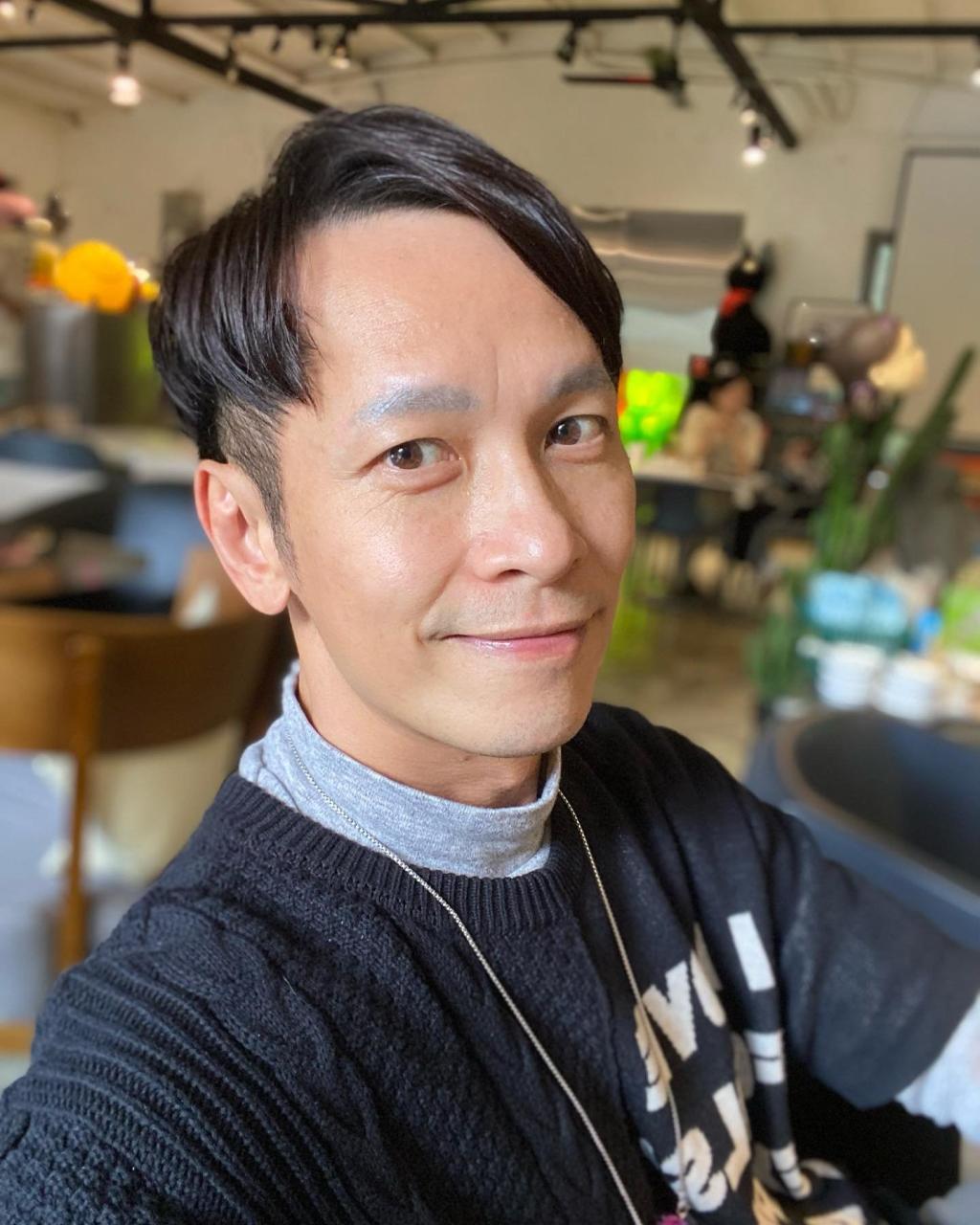