(Beijing, 10 July) The Chinese show “Great Escape 4/密室大逃脱4” has just started airing, but a serious accident broke out. Yesterday, a fan witnessed Yang Mi, who participated in the recording, covering her face in the ambulance on the way. Related topics immediately caused heated discussions on Weibo. The company’s statement made fans anxious. It wasn’t until late at night that Yang Mi’s studio finally spoke out, confirming that she was injured during the recording and had been sutured in the hospital. 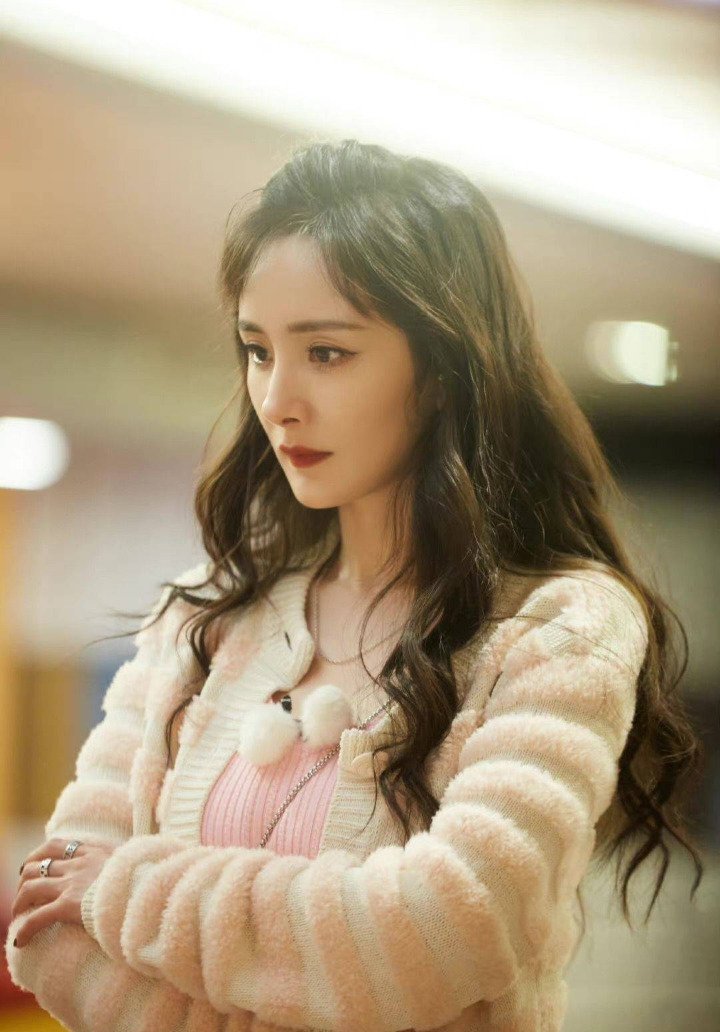 Yang Mi’s studio explained: “Yang Mi was accidentally injured during the recording of today’s show and was sent to the hospital for treatment at the first opportunity. The doctor diagnosed a trauma at the corner of the eyelid and has done stitching treatment, the treatment went well and fortunately did not hurt the inside of the eye.” At present, her condition is stable and there is no serious injury, after which she will continue to do follow-up treatment in accordance with medical advice. 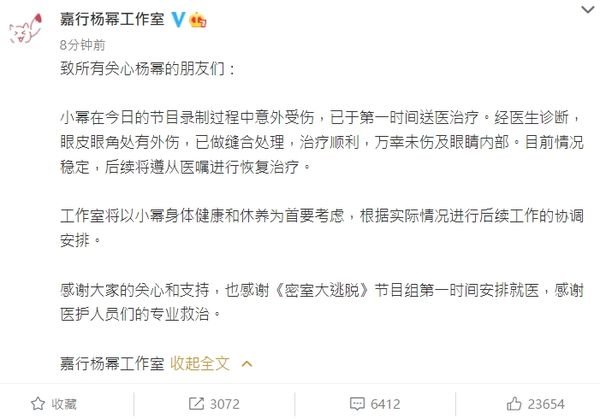 The studio responded to all the online chatter by saying, “Thank you for your concern and support, and thank you to the “Great Escape” crew for arranging medical treatment at the first opportunity and to the medical staff for their professional treatment.” They also promised to take Yang Mi’s health and recuperation as the primary consideration, and will adjust the subsequent work arrangements according to the actual situation.

The crew of “Great Escape” also issued an apology statement, revealing that during the recording yesterday (9), Yang Mi, a guest, was accidentally injured and the crew assisted in sending her to the hospital at the first opportunity, but fortunately the treatment went well, “We express our sincere apology to Ms. Yang Mi! The program team will seriously review, and all departments for safety education, strict control of safety production, to protect the safety of guests and staff.” 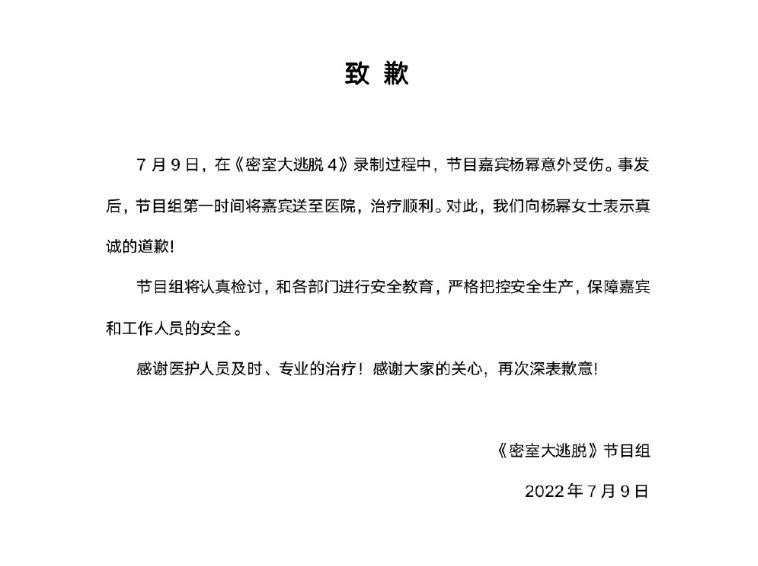