Satellite TV’s “Happy Wizards Dueling Pirate Barrels (歡樂智多星 決戰海盜桶)” launched a new qualifying unit “one out of six” at 7:00 on the 21st. On the day of the first recording of the new unit, many artists mistakenly stepped on the mine answer and became the victim of thick shaving bubbles. The new unit “one out of six” consists of a team of two people. One person is responsible for answering the questions and one person is in place in the punishment area. If you answer the correct questions in the six answers, you can get bonus points. If you answer the wrong answer incorrectly, your teammates will be punished by a large number of shaving bubbles and high-speed face spray

Originally, artists thought that one out of six should not be difficult to answer. Unexpectedly, the production unit was quite smart. When the correct answer was answered correctly in turn, it was the beginning of the hearts of artists, because they could become the victims of shaving and blistering at any time, and their nervous mood was like performing “Squid Game“. One episode was originally hosted by Woo Gwa (胡瓜), and everyone had a wonderful and exciting time. There were screams all over the scene. In addition, seeing that guest Abu and green tea were sprayed into a non adult shape, they volunteered to help out 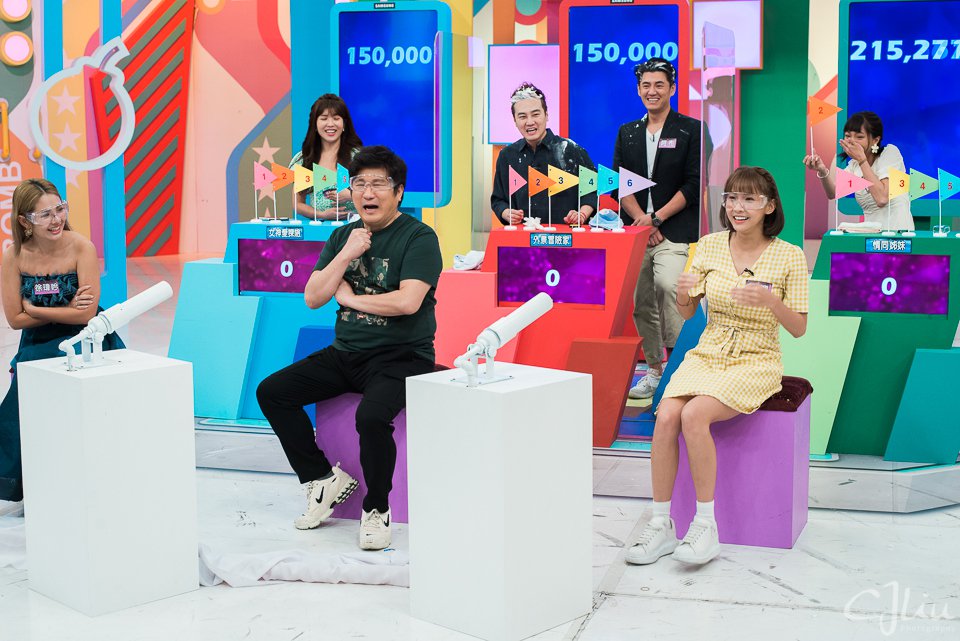 It is rare that Cucumis melon volunteered to challenge. In order to “frame” master Cucumis melon, disciple Maria wanted to see his first wrong answer sprayed three times. She deliberately pushed Cucumis melon to answer the question first. Unexpectedly, Cucumis gave a sign of laughter as soon as the question came out. After three rounds of laughter, she said proudly, “it’s too simple!” sure enough, she answered right immediately. Not only did Abu and green tea grab 20000 points, but they also helped them transfer. The third answer was the Vicky Hsu (徐玮吟), which was accidentally wrong. She was sprayed all over her mouth on the spot. When she saw the happy Cucumis, she immediately kissed the Cucumis face, making the Cucumis a victim and making everyone laugh