TVB Double Actor Tam Chun-yin Recently fly to Malaysia for work, in addition to busy work, but also personally to the audience who have been supporting him to express their gratitude.

(Kuala Lumpur, 21th) Tam Chun-yin won the “Malaysia’s Favorite TVB Actor” and “Best Actor” at the “Star Awards 2021” earlier this year, making him a double award winner. Recently, he flew to Malaysia to prepare for the first-ever “STARS Academy 2/声梦传奇2” here as a judge and guest performer.

He was happy to finally have the opportunity to thank the local audience for their votes, and laughed that he could not wait to give them a hug when he saw the “Uncle Auntie” crowd. 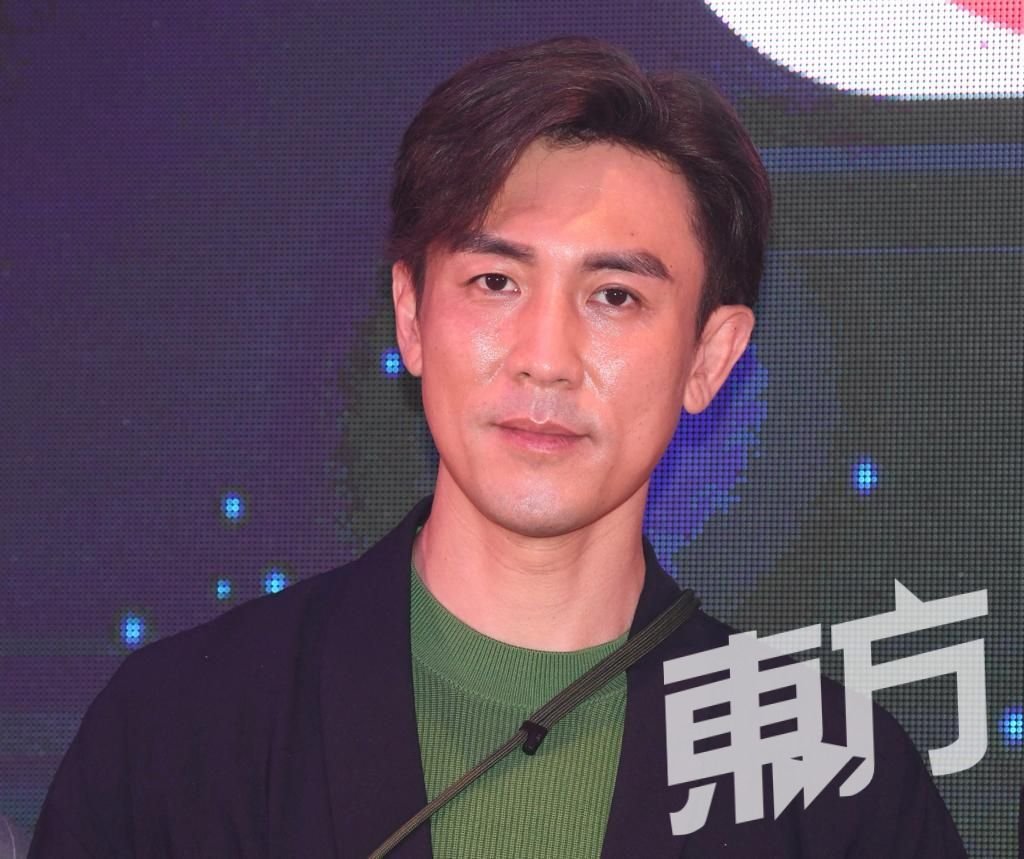 Tam Chun-yin beat out his rivals to be crowned the winner of “The Truth About Life” last year.

The five of them attended the launch of “TVB Malaysia Brand New Business Strategy” today (21) together with Tan Junyan, Chow Chi Hong, Chui Kin Pong, and members of the last “STARS Academy”, Katherine Man and Ho Jin Lok. The main character of “Brutally Young 2.0 (十八年后的终极告白2.0)” was broadcasted this week, and he said on stage that he was most afraid of being asked: “Who killed your wife in the drama?

Later, he also generously reveals: “Anyway, I didn’t kill her.” The judge of the Malaysian version of “STARS Academy 2” also hopes that this time he can share his experience and insights in the acting industry with the trainees as a “past participant”. 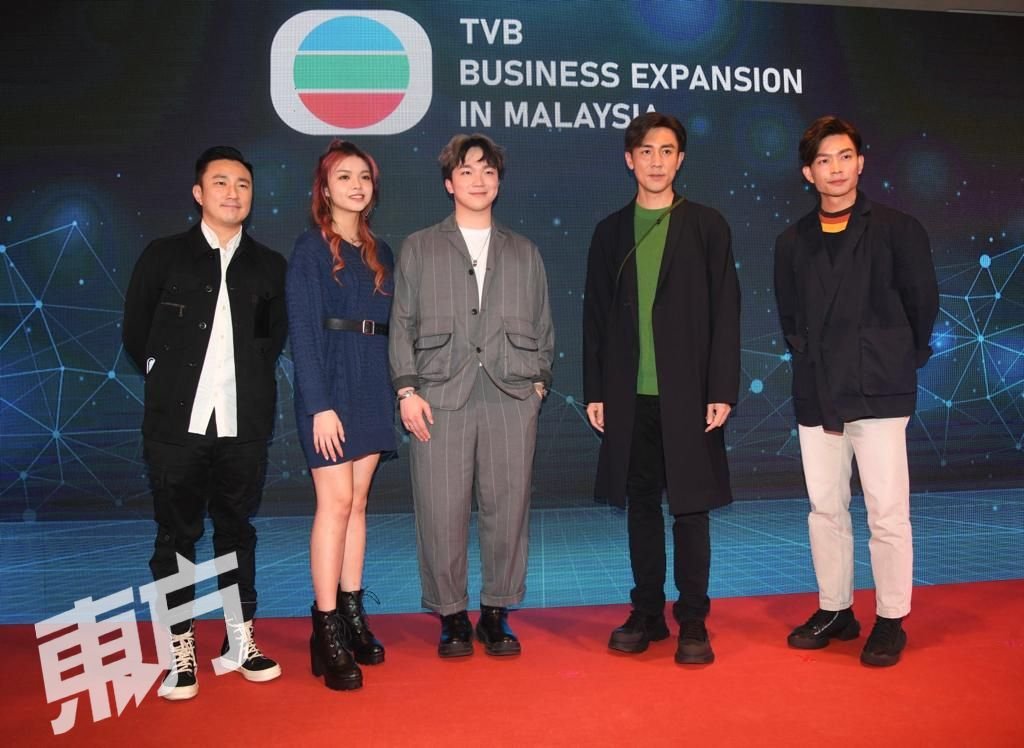 Tam Chun-yin mentioned that he will only stay in Malaysia for a week, and then he will return to Hong Kong to work. He laments that time is “not enough”. In addition to rehearsals and taking people out to taste delicious food, he also wants to collaborate with Zeng on “The Kid From The Big Apple 2: Before We Forget/我来自纽约2：当我们在一起” made an appointment to meet. However, he predicted that there will be a lot of work in Malaysia in the future, and he will come back at the end of the year, hoping to stay longer.

Ask him if he will consider buying a property since he will come here often? Tam Chun-yin said: “Yes, but I have to save a little more money.” He and his wife Ren Zhiyan have a son and a daughter, and the main focus of life will be on the children, so although he thinks the children will like Malaysia very much, but since her daughter has just entered primary school, “I don’t want to let her change her environment so quickly for the time being. Let’s wait until she’s older. Maybe there is a chance.” 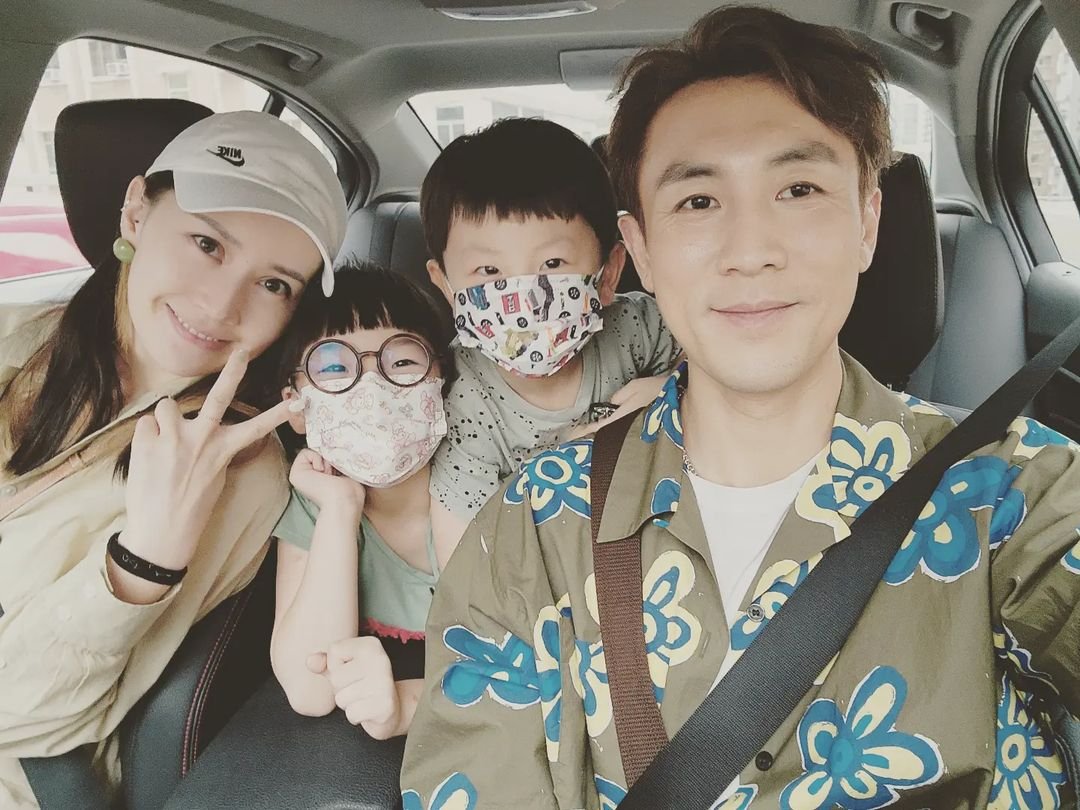 Tam Chun-yin is a good father and husband.

As for what to do in Malaysia, he said: “can not say yet”, but denied that it is a variety show or music works. When asked to open a restaurant, he laughed back when he invested in a Western restaurant in Hong Kong: “I want to ah, but in Hong Kong restaurants, I occasionally go to the kitchen, many people patronize is to eat the food I cook. If opened here, I am often absent, more difficult.” 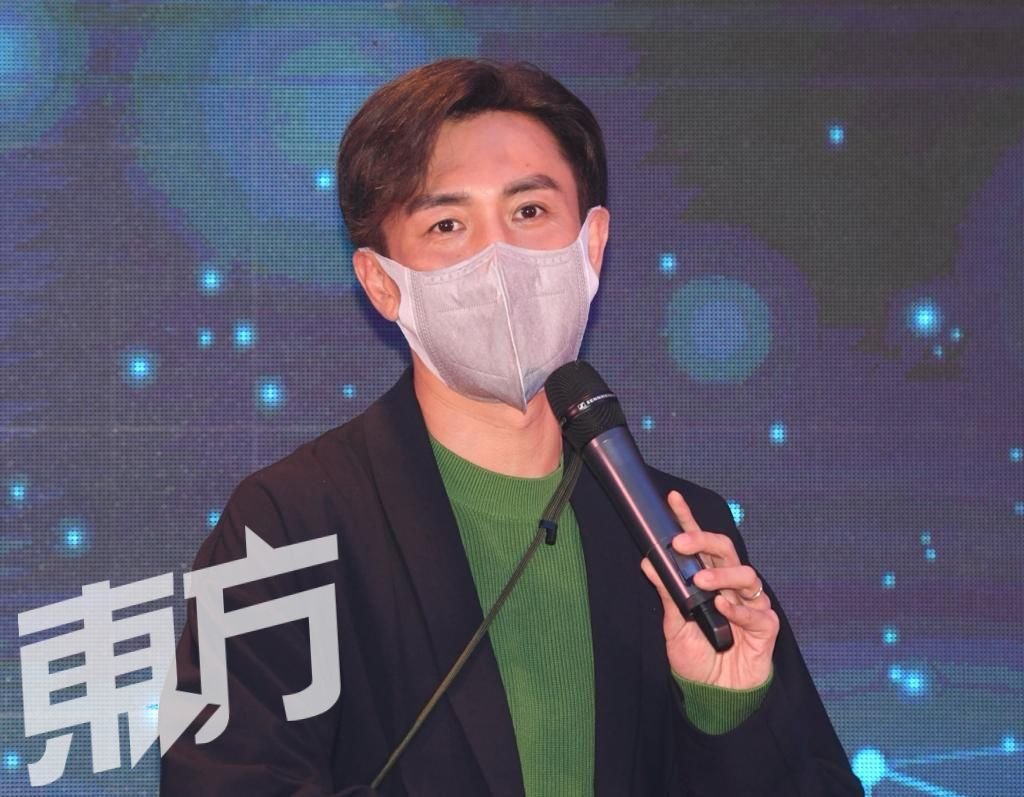 On the other hand, Chow Chi Hong has performed and sang in Genting before, for being able to come to Malaysia again, he said he was very grateful to have the opportunity to perform on the stage of “STARS Academy 2” after the epidemic; and coming from the singing competition “Superstar/超级巨星“, he will also share some tips with the participants. Chow Chi Hong has filmed many dramas one after another in recent years, including the earlier “ICAC Investigators 2022/廉政行动2022” with Tam Chun-yin, and he said the whole process was fun, “It was a great opportunity to try something new in terms of action and interpretation.” 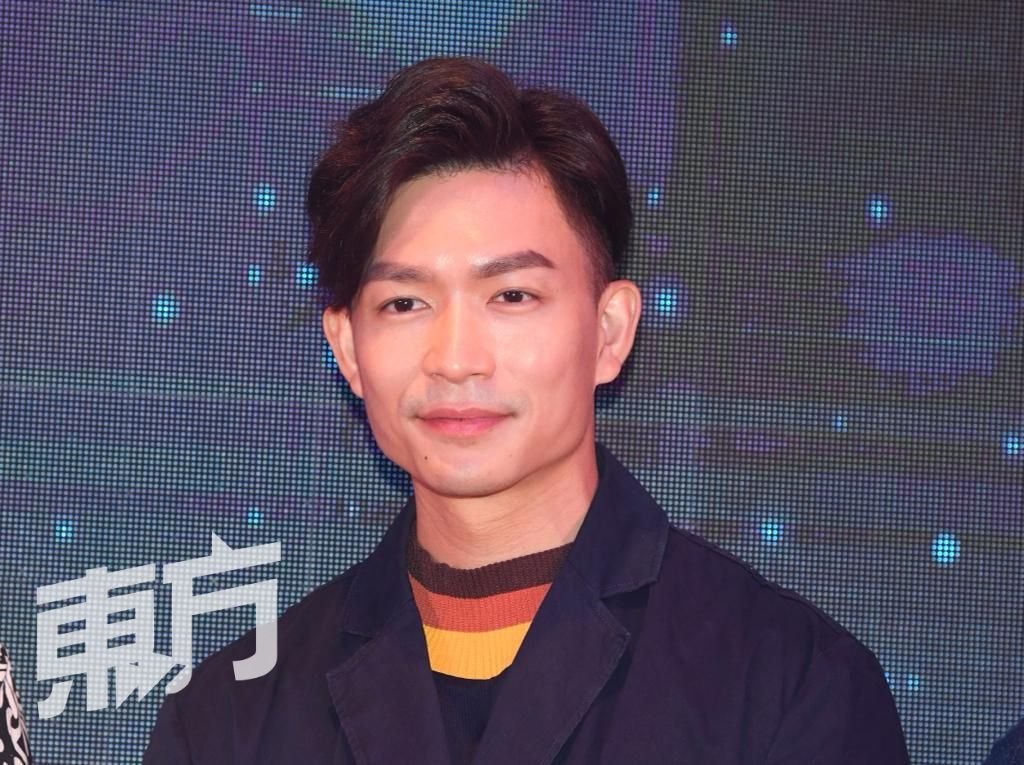 Chow has been involved in many Hong Kong dramas since he started his career.

As for Ho Jin Lok and Katherine Man, they are coming to Malaysia for the first time. Katherine Man revealed that she is looking forward to meeting the participants of “STARS Academy 2” in Malaysia because, in her impression, there are many people who can sing in Malaysia. In the past, when she participated in singing competitions, she was often impressed by the singing voice of Malaysian contestants, so she is especially looking forward to communicating with them. 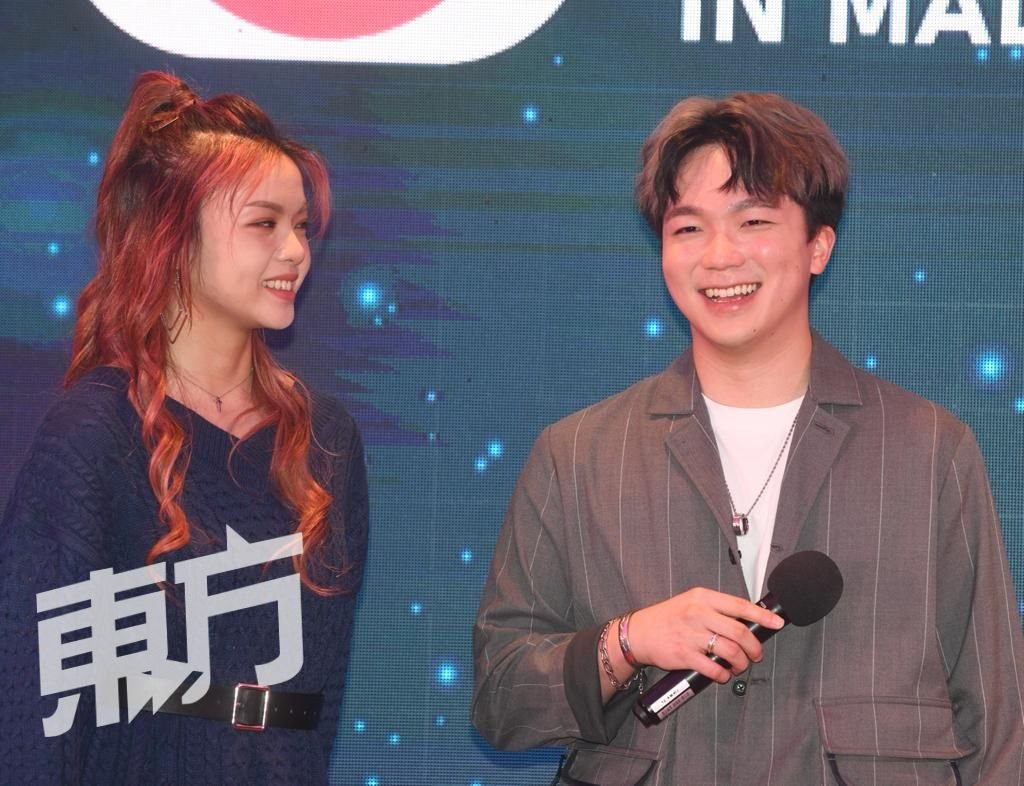 Katherine Wen and He Jinle were the last students of The Voice Legends.

In addition, at the press conference, TVB announced that it will set up a branch in Malaysia and plan to make a big push in the local entertainment market, including investment in local productions, as well as a series of actions to discover and train local artists with potential, the first shot is the Malaysian version of “STARS Academy 2“, which will debut in August. 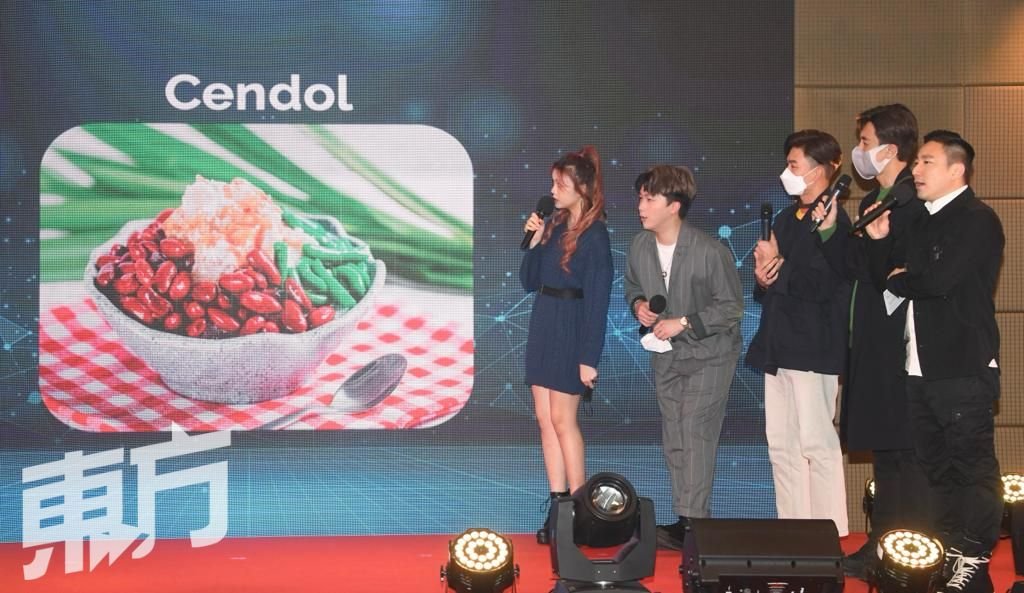 4 artists were quizzed on the Mandarin pronunciation of Malaysian cuisine at the launch, and the funny pronunciation made a lot of jokes.

In addition, as the “TVB Malaysia Starlight Awards” will be discontinued after 2018, the Malaysian audience will instead vote online for their favorite TVB actor and actress and drama series, and the results will be announced on the day of the TVB Starlight Awards.

When asked if he would consider restarting the TVB Malaysia Starlight Awards Ceremony, TVB (International) Limited General Manager Chen Shuhong said, “Actually, it’s not that I don’t want to do it, but I changed the way because of the epidemic”, he continued, if the epidemic continues to improve, and if the situation allows, will consider restarting it. 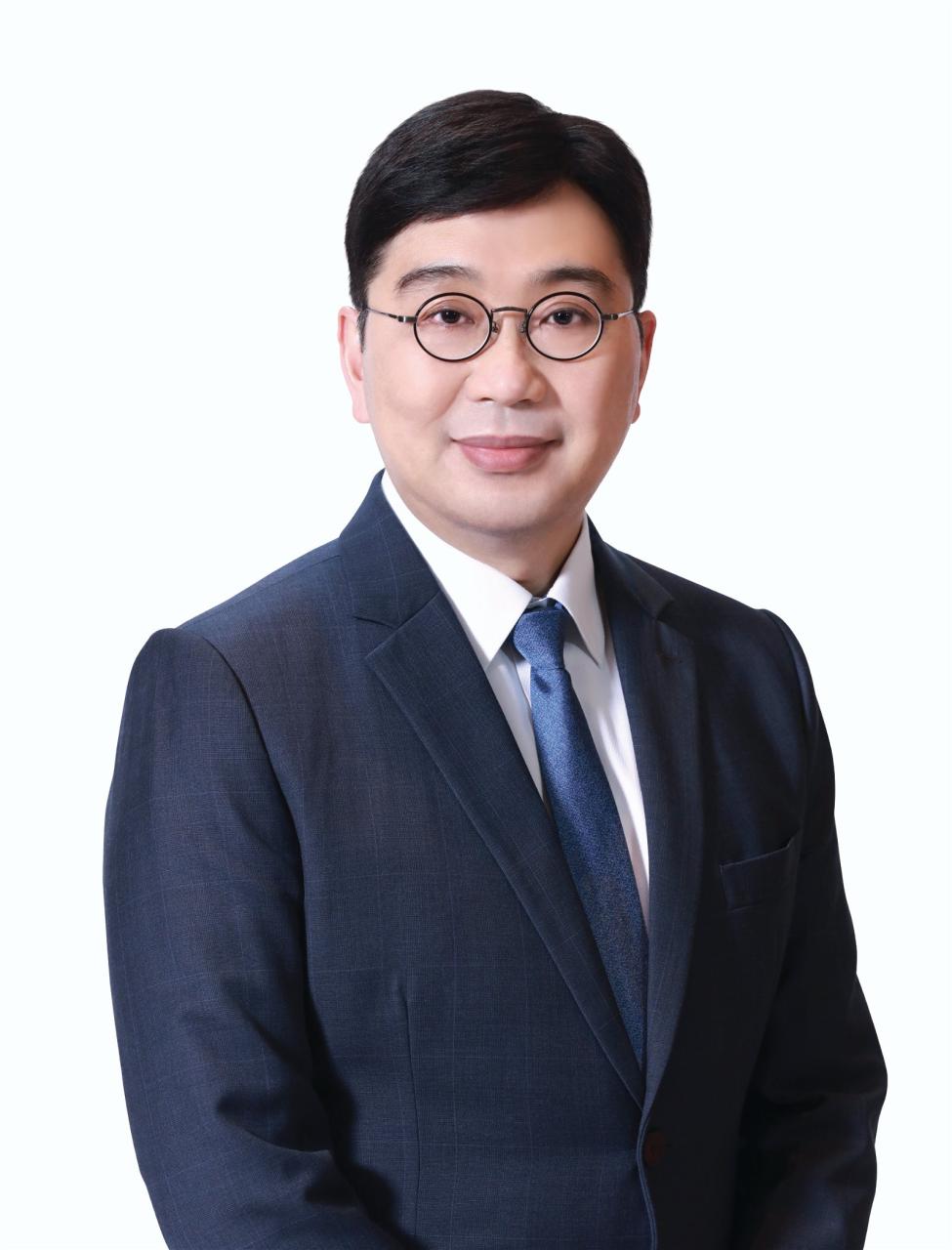 He also revealed that he has been interested in bringing Hong Kong artists to Malaysia to meet with fans, and has now signed 12 newcomers to the Malaysian version of STARS Academy 2“. In addition to singing rookies, TVB also hopes to find local people who love acting, “the company has agreed to hold another recruitment, hopefully in September or October to start looking for handsome and beautiful people who can act.”