Recently, the urban wonderful short series “Future Store/未来商店“, produced by Tencent Video and Zhihu, developed and produced by Groundhog Pictures, announced the concept preview and concept poster. It will be released on August 26 (Beijing Time) and will be broadcast exclusively on Tencent Video. Members can upgrade to 1 episode every Friday and Saturday at 12:00 noon, and the first update is 3 episodes;

The short series “Future Store” was adapted from Zhihu Yanxuan’s IP of the same name. It was co-created by eight cutting-edge young directors. It uses eight seemingly separate and closely related life experiences to show various problems encountered in urban life. Together with confusion, we focus on the current hot social issues. 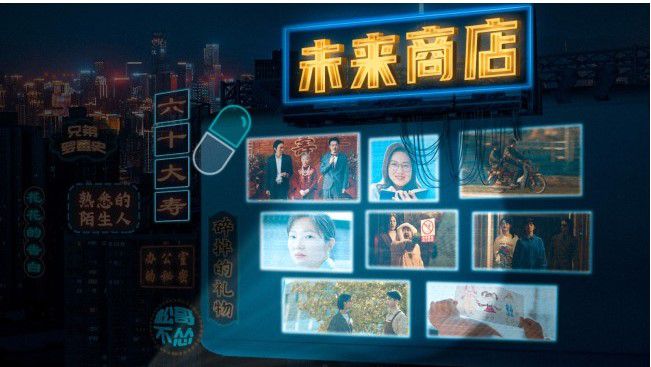 The short film collection “Future Store” was co-created by several directors, although each director in the play is responsible for the storytelling is separate and has its own characteristics, but generally under the “Future Store” big setting. In this play, the creator cleverly solves the helpless things encountered in life in the form of a “new Aladdin’s store” – “Future Store” provides a wonderful solution to help the protagonist reduce differences, Solve problems and realize wishes.

From the roster of the main creative team of the play, among the eight young directors, there are many new dark horses and powerful newcomers who have won awards at various film exhibitions such as the Beijing Film Festival, the First Youth Film Festival, and the Pingyao Film Festival, or have worked hard in the industry for a period of time. A rising star in the industry who has participated in famous cinema film projects.

As the developer and producer of this drama, Landhunt Pictures hopes to use the form of short dramas to join eight new young directors in the field on the short drama runway to explore a new way of creating short dramas. According to the unrestrained imagination of cutting-edge directors, sparks collide in innovative themes, bringing a new and unique creative perspective to the industry. In addition, according to the rational inspection and thinking of the cutting-edge directors on the world, we will create a “future store” for the audience with diverse contents and rich methods, which can also bring warmth and healing power to the audience.