(Beijing, 26 January) – The drama “Love in Flames of War”, starring Shawn Dou and Chen Du Ling, is a tear-jerker and eye-catcher because of its doggy plot, even though it is not a hit in the ratings, it is a big hit on the internet. The new drama is a great success. 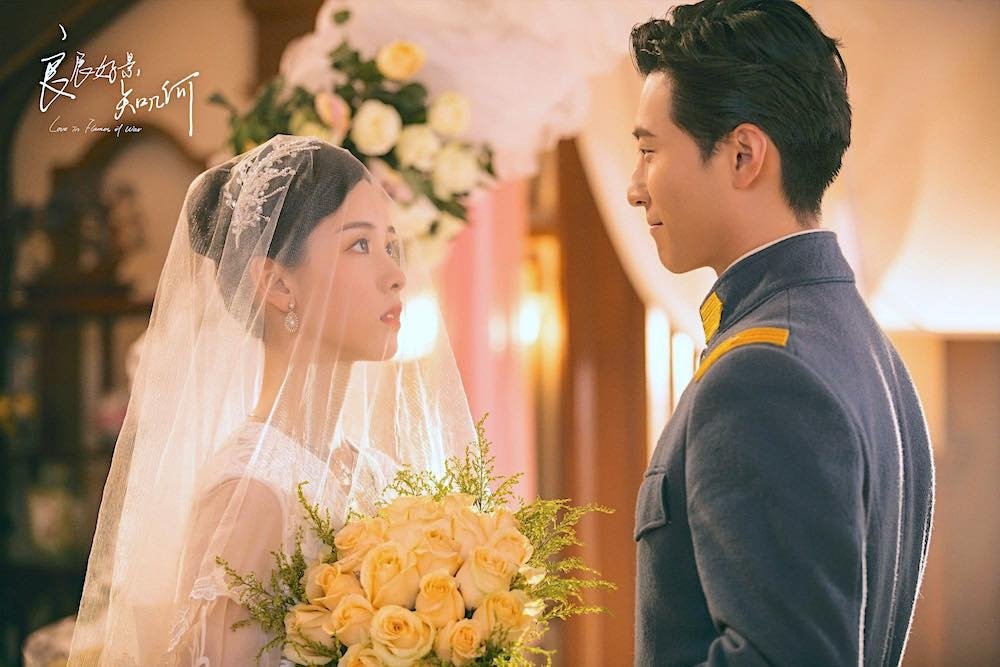 Shawn Dou and Chen Du Ling love hard in “Love in Flames of War”, but have zero interaction off-screen because of fan backlash.

Shawn Dou and Chen Du Ling in the drama 2 people love hard, but outside the drama but zero interaction, he uploaded the drama actor’s nine-picture photo, and message: “the finale, thank the director and the crew of all colleagues, but also thank you for watching the drama with me together with the abuse together with crazy all the way down there are a lot of reluctance …… ” 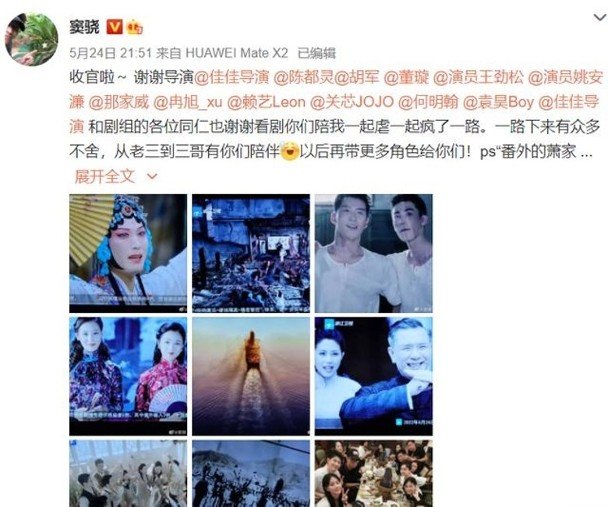 Shawn Dou promotes new drama, but there is not a single stills of the female lead.

Some netizens found that he was full of errors and omissions, to change 3 times to amend there is a lack of professional! He had written the wrong director’s social network, and did not mention the second female lead Zhao Sakurako, as for the female lead Chen Du Ling although there are left behind, but not its stills, but also chose a group photo of the crew without Chen Du Ling, was denounced by netizens message: “The female lead even a hair are afraid to put out, alas! Don’t two hitch, good get together, the princess seems to be quite mindful, don’t take emotional scenes in the future.” Chen Du Ling did not take a position. 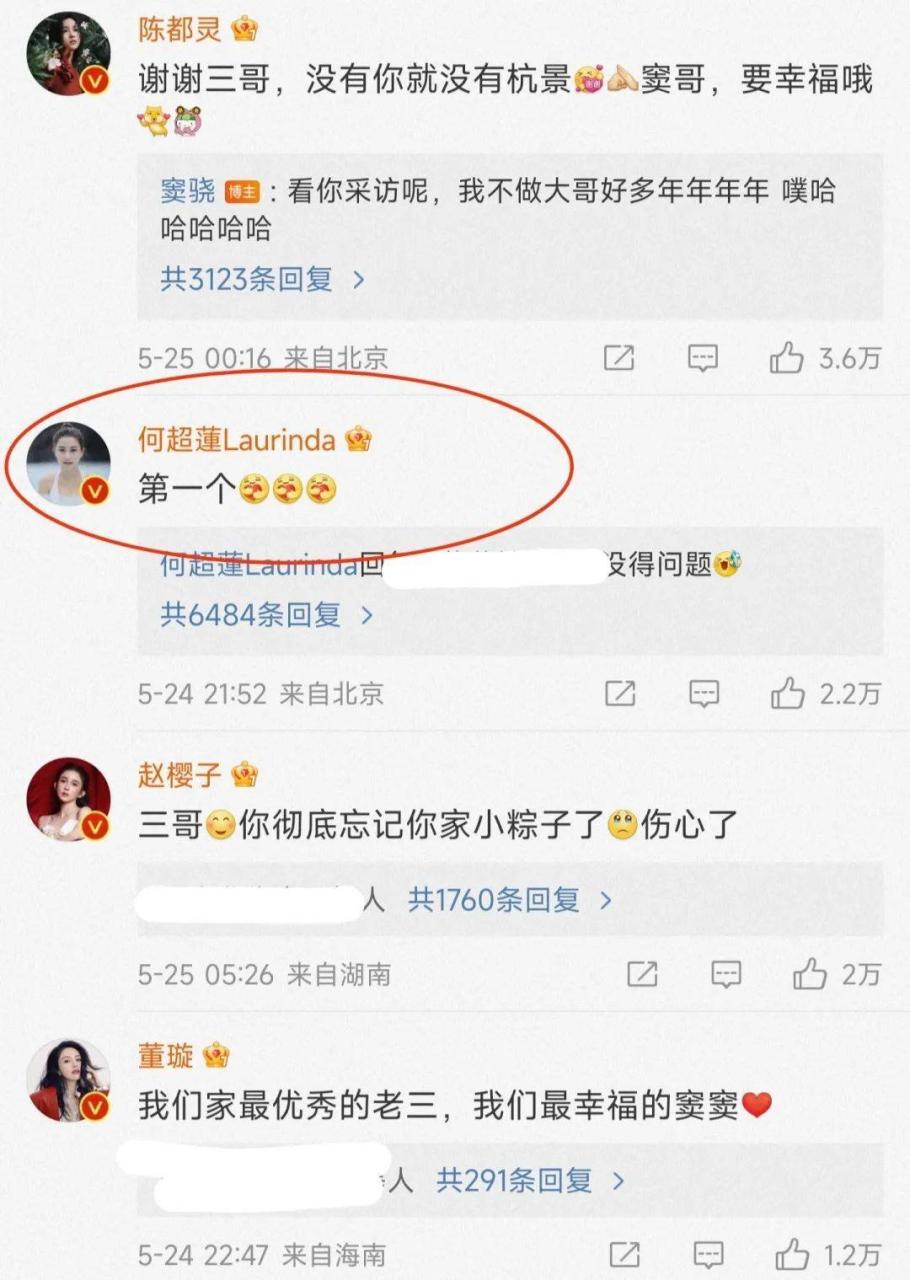 Chiolina Ho’s message has caused even more discontent among fans of the show.

The boyfriend 100% support of Chiolina Ho, the first time in the online message “the first”, once again provoked criticism from netizens, that she instantly left her name seems to have the suspicion of declaring sovereignty: “issued a photo of the only no queen, the real girlfriend immediately come out to declare sovereignty, can not be necessary. ” In addition, Dou Xia ignored the plot of the drama wedding, only to focus on celebrating his girlfriend’s birthday, and recently absent from the drama live activities, so that a large number of fans of the drama on his good feelings fell, criticism: “Which has the drama broadcast during the marketing of their real-life lovers?” The company is also sarcastic about his desire to be a superfluous son-in-law of a wealthy family, “Why don’t you just quit the circle and get married?” 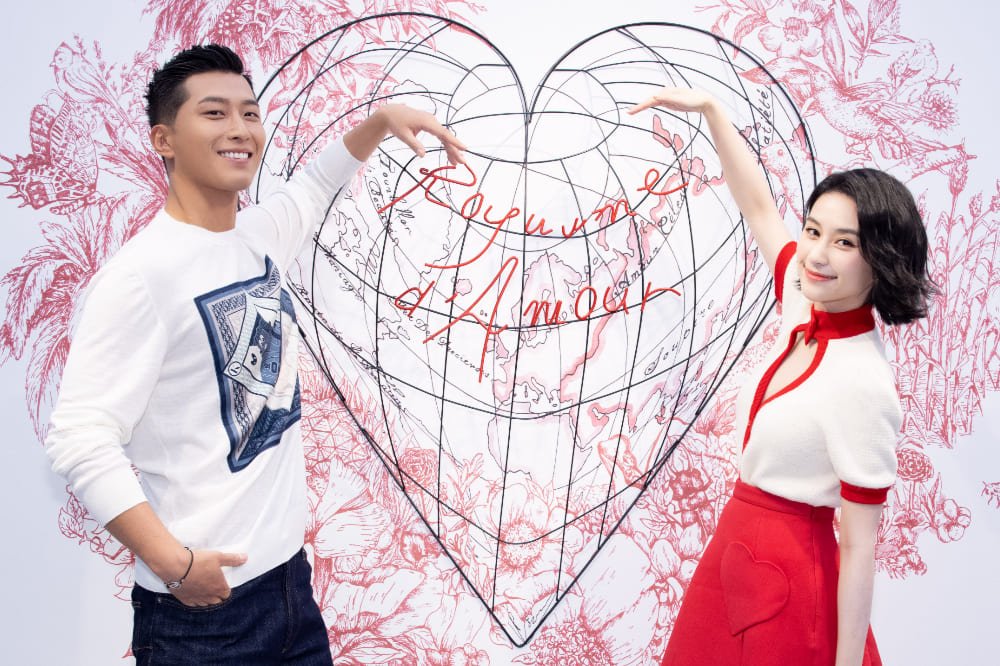 Shawn Dou and Chiolina Ho love high-profile, the outside world are sitting waiting for their official announcement of marriage news.

The two often attend public events together and have also appeared on magazine covers and variety shows as a couple, and in recent years there have been frequent rumors of secret marriages. The company’s main goal is to provide the best possible service to its customers. This has led to rumors of a secret marriage.