Netflix and Peiyu digital launched their flagship suspense album “Blue Hour (华灯初上)”. The whole play is divided into 24 episodes. On November 26, the first eight episodes will be launched exclusively in the world. On the 20th, an official notice was released, exposing the ambiguous triangular relationship between Ruby Lin (林心如), Cheryl Yang (杨谨华) and Rhydian Vaughan (凤小岳), and seeing “light” Japanese Hotel ladies Guo Xuefu, Xie Xinying, Liu Pinyan and Xie qiongnuan are suspicious of each other, have hidden secrets, and even bury the mystery of a murder case. Ruby Lin, who is also the heroine and chief producer, said excitedly, “all my friends and fans around me can’t wait to see this play. It is full of mysterious veil, which makes everyone curious and wants to explore what it is talking about. So many excellent actors can participate in the performance, and everyone plays very enjoyable and happy. I look forward to it with you.”

“Blue Hour (华灯初上)”, is created by Peiyu digital found the chief producer Ruby Lin, together with Admiralty producer Dai Tianyi and Admiralty screenwriter Du Zhengzhe, and film director Lian Yiqi. It took four years to prepare the script and spent tens of millions on real-time shooting, restoring the scene of the singing and dancing on Linsen North Road in 1988. In the play, “Su Qingyi” played by Cheryl Yang revolves among men such as Rhydian Vaughan, Zhang xuanrui and Jiahe Meizhi. The preview line “you love you or not, and you will never fall in love with the person you should love” reveals her love problems. She even falls in love with “Luo Yunong” played by her good sister Ruby Lin and the amorous screenwriter “Jiang Han” played by Rhydian Vaughan. 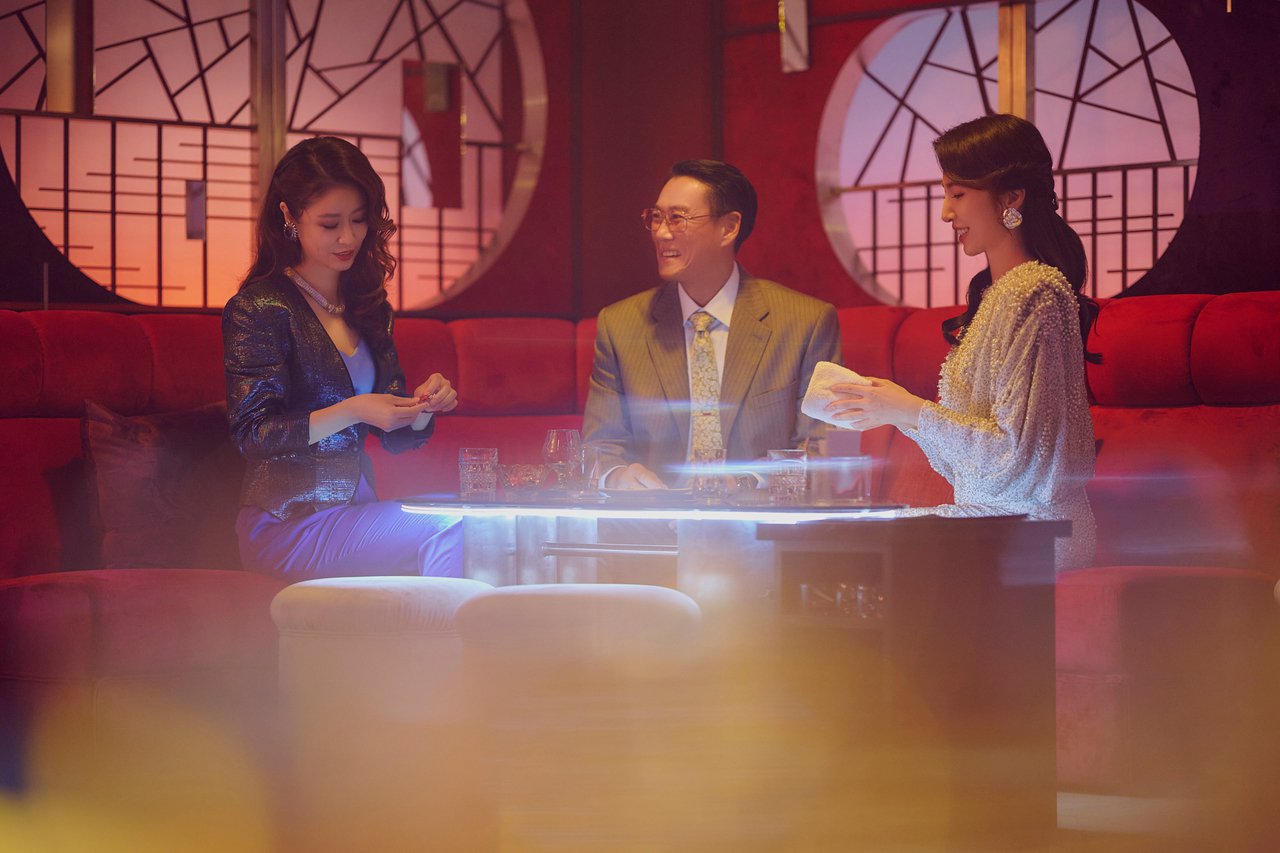 Asked if she would fall in love with the same man with her good sister, Ruby Lin said decisively, “no way! Because I can’t hit vegetables with my good sister.” she appreciated Luo Yunong’s loyalty, courage to love and hate, and ability to stand up and put down. She made decisions immediately. “As long as she decides to love the person, she will love to pieces without hesitation,” said Cheryl Yang, Su Qingyi is a character who will “take the overall situation into account”. She can tolerate her work or love to maintain her livelihood or friendship. However, in real life, she believes that a similar situation will not happen, “because I usually talk about my good sisters, including which boy I like and the degree of ambiguity, which should be avoided.”

Faced with the difficult choice of love and friendship, Cheryl Yang admitted: “when I was a child, I always felt that I would choose friendship, but when love came, I thought no one would be tangled.” but Rhydian Vaughan firmly said, “I want both!” but he also vindicated “Jiang Han”: “He follows his feelings and is willing to face his desires. I hope you can see that Jiang Han is not only affectionate. He is a role with very delicate emotions. I hope you will like him as much as I do.”

In the official preview, Ruby Lin and Cheryl Yang both had passionate scenes with Rhydian Vaughan. When it comes to the kissing scene after the closing of the “light” of the Japanese Hotel, Cheryl Yang calls it “challenging and interesting”. She says that Rhydian Vaughan’s performance style is very freestyle. Each scene of each play has different performance methods, which is her style of actors who rarely fight before, “I’m also practicing and learning how to change and accept moves.” regarding the intimate sex play with Rhydian Vaughan, Lin Xinru said forcefully, “I’m Luo Yunong. I naturally put myself into the role.” however, a play in which Rhydian Vaughan’s novel was read in bed because of emotional disclosure made her feel embarrassed “Wow, it’s hard for me to act. It’s different from Luo Yunong’s original personality. It’s what she looks like when she’s in love.” and Rhydian Vaughan said humbly, “both of you are very experienced actors. It’s my honor to play with them.” 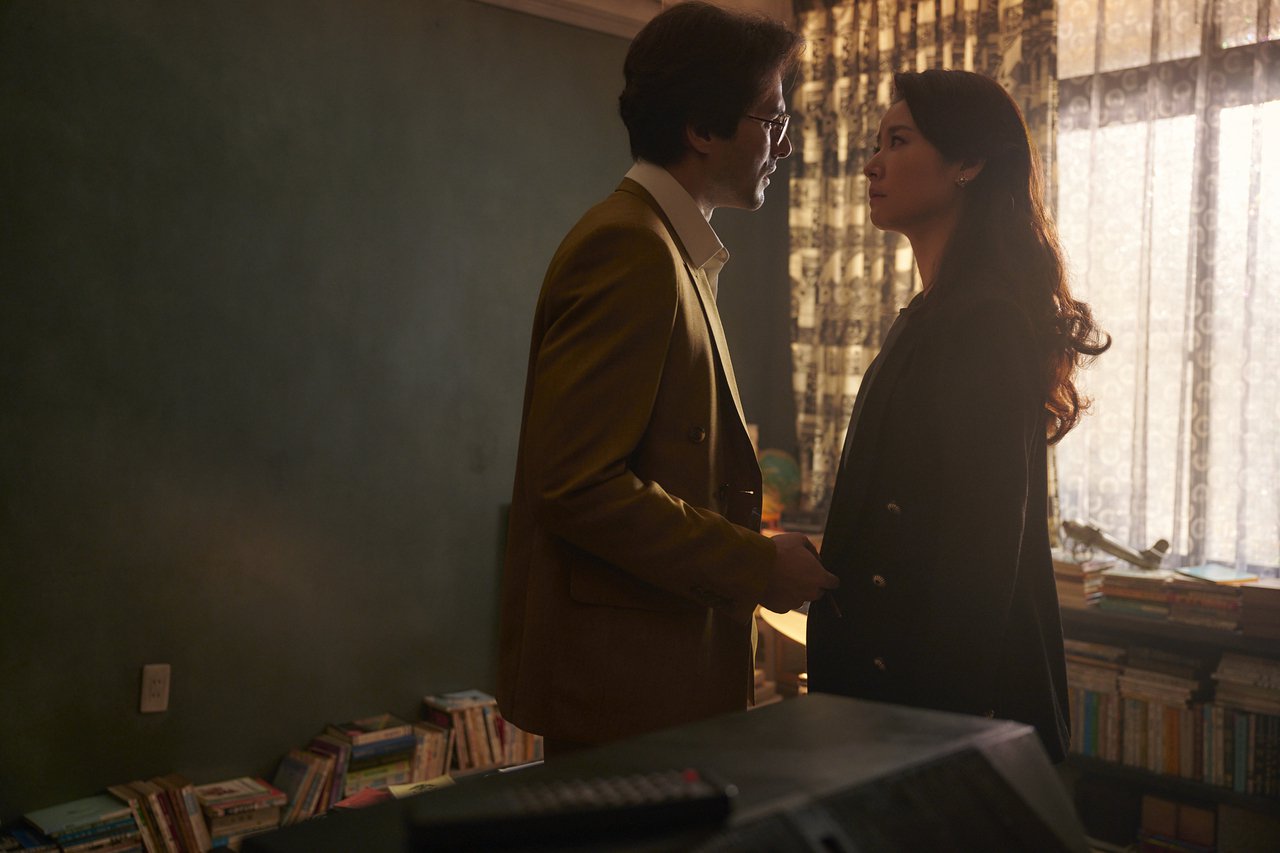 Ruby Lin (right) and Rhydian Vaughan have a passion drama code at the” dawn of the lantern “. Figure/Netflix and Peiyu digital provide 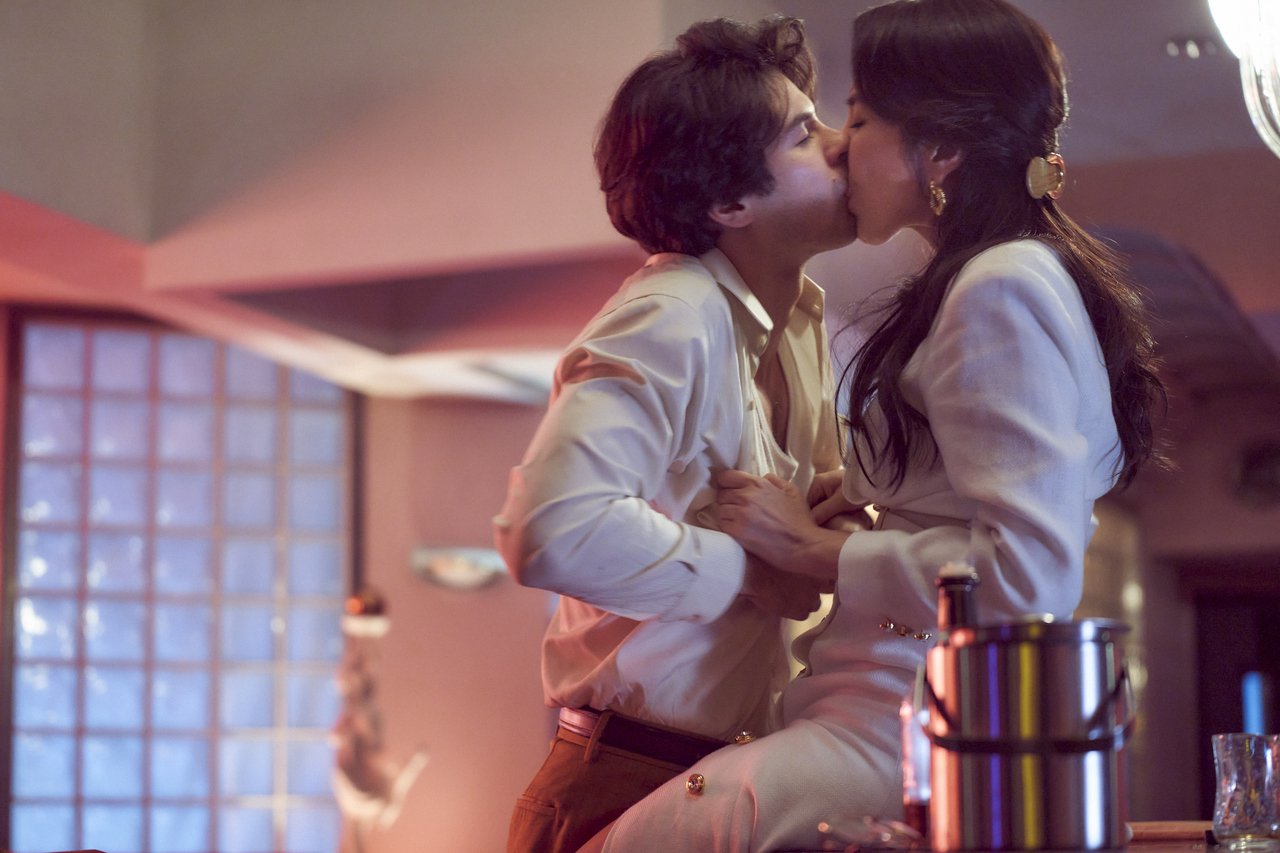