Patty Wu said that she learned that Xiaoyu had embezzled the portrait through a reminder from all parties. “I am a victim and a woman. This has caused indelible physical and mental harm, and I strongly condemn it and will report it.” she also appealed to fans that if there were other faces changing evidence, please send a private message to her, and netizens also left messages one after another, Support her to stand up and complain 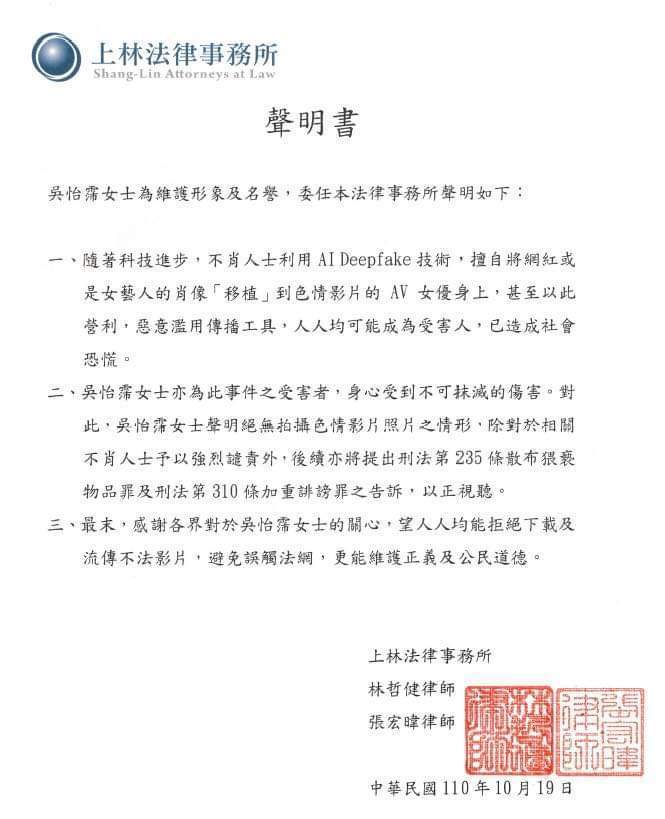 Patty Wu is going to report to Xiaoyu. Figure/from Facebook