In 2020, Marcus Chang (张立昂), known as the “Professional idol drama master”, and Vivian Sung (宋芸桦) jointly performed the Topic idol drama “Lost Romance (浪漫輸給你)”. In the drama, one person played two roles and delicately explained the rich and handsome executives with different personalities. Not only did Marcus Chang win the rating Championship for several weeks at the same time, but he also successfully won the Asian Star Award at the Seoul International Television Festival on the 21st, which was recognized by international awards. At the same time, Marcus Chang should prove the strength of his drama performance.

Referring to the mood when he heard the award-winning news, Marcus Chang smiled and said that he once couldn’t believe it. After repeatedly confirming with his agent, the smile on his face finally couldn’t hide. However, affected by the epidemic, Marcus Chang lamented that he was unable to attend and receive the award this time, but he still “appeared in the cloud” at the Seoul International Television Festival to express his gratitude to the crew and fans of “Romance lost to you” through the film sensibility: “It’s really fun for everyone to work together and leave a memorable memory and story. It’s not easy to support a person for nearly seven years. Thank you fans for your company along the way. I’m very proud to have you on the way.”

Unable to walk on the red carpet of the Seoul International Television Festival, Marcus Chang filled his regret with wild fantasy. He smiled and said, “if you can walk along the avenue of stars with Song Joong-ki (송중기), who plays Vincenzo, you will achieve your life achievements!” he went on to say that he originally thought this trip could become “the first flight after the epidemic” , quickly make a list in your mind of what to do after you arrive in Seoul. In addition to feeling the foreign streets you haven’t seen for a long time, you should also catch up with the shooting scene of Korean drama.

Marcus Chang, who has perfect muscle lines, usually has very strict dietary control, but he admits that if he goes to South Korea, he has to start the food mode regardless of everything. The army pot, Korean fried chicken and fried rice cake all want to have a good time. 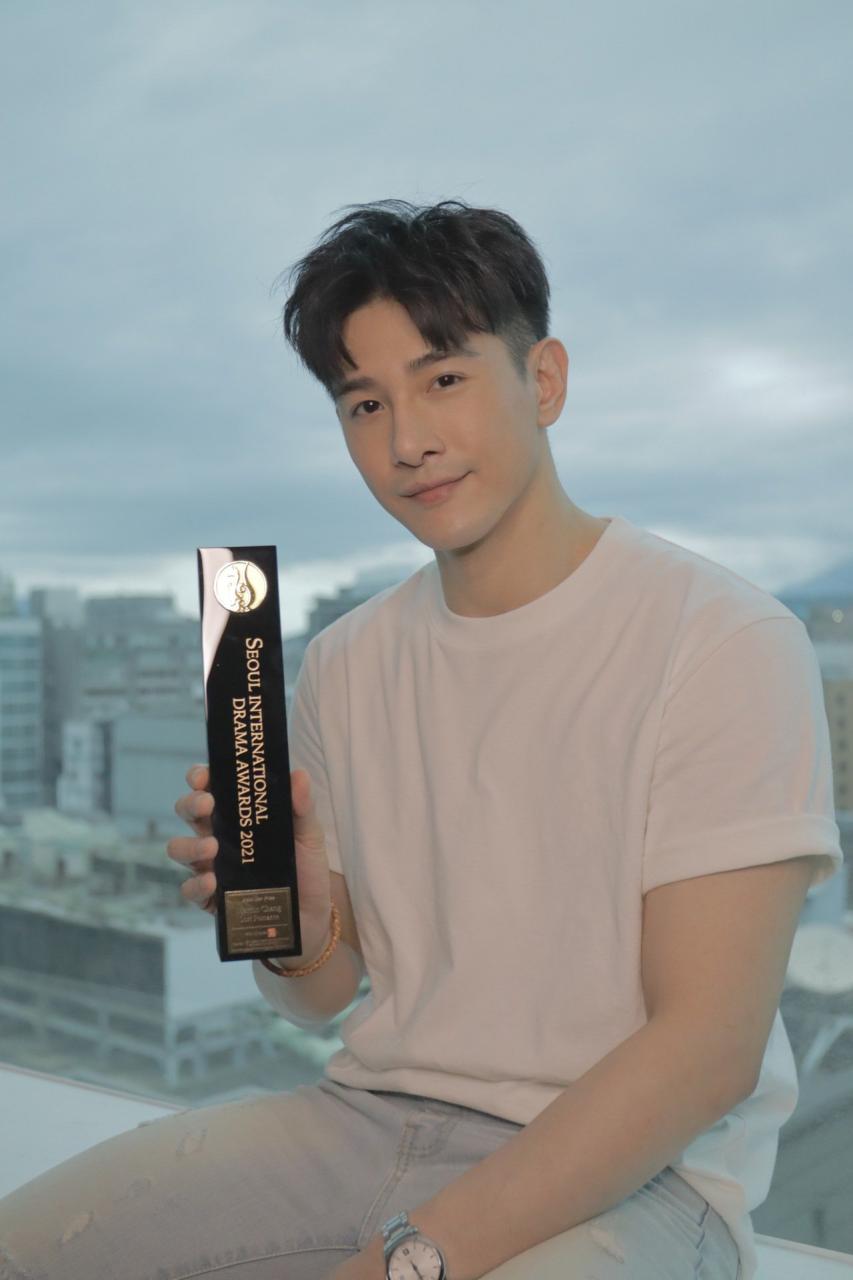