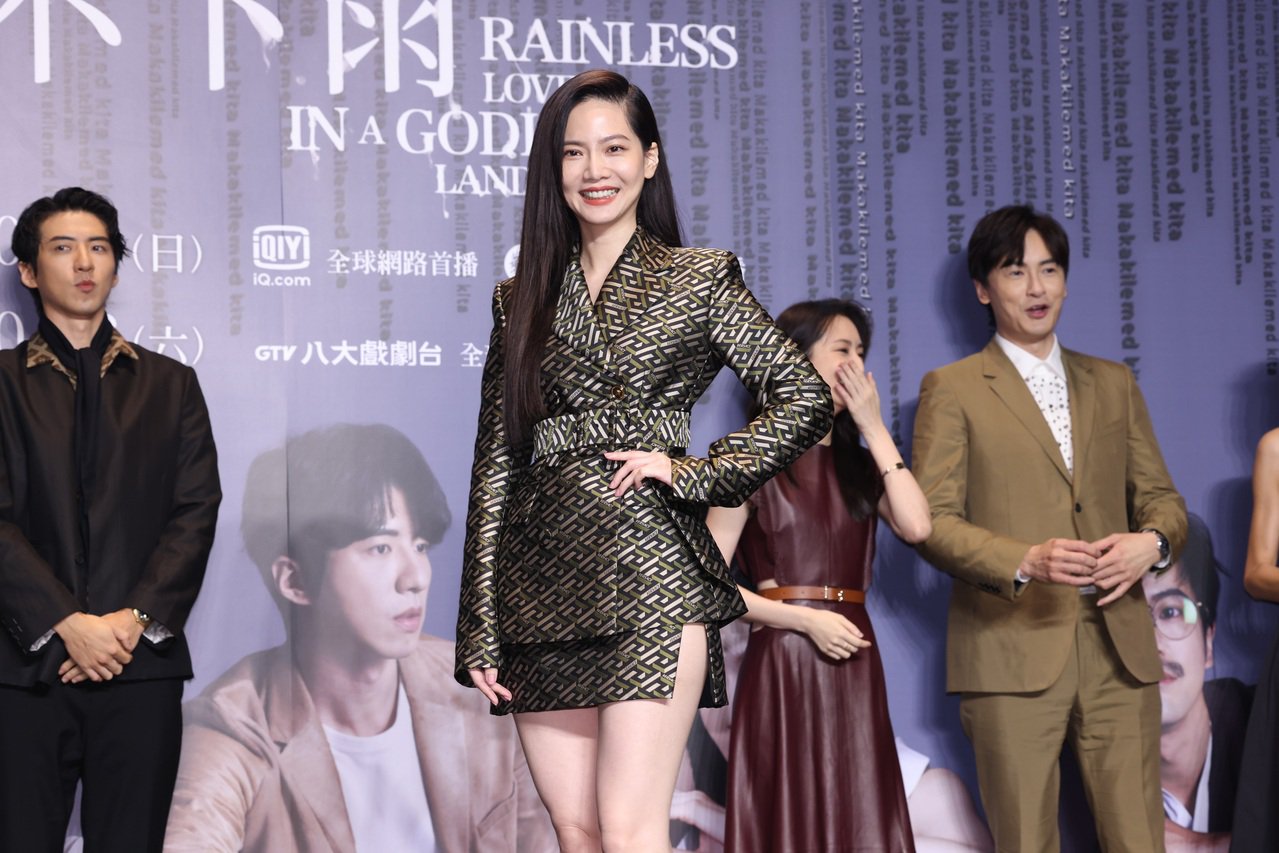 Joanne Tseng and Fu mengbai staged “the end of man God Love”. Fu mengbai, who plays the “God of rain”, drove wherever he went. Joanne Tseng, as a “mortal”, suffered a lot. After 113 days of shooting, Joanne Tseng took a full three months to rest and recuperate. After shooting, he was crazy about acne and his physical condition became not very good. She said: “When I went to see a doctor of traditional Chinese medicine, the doctor said I was very wet. What did I do before?”

Joanne Tseng said that maybe the scenes can’t be photographed in normal time. For a long time, there is rain, wind and fire after staying up late, so her body has been cold and slept for a month. She feels that there must be imbalance in her body and her head hurts every day. She feels that there is a place that is difficult to perform. When she meets Fu Mengbo again, she has amnesia, which should be accepted by everyone. It burns her brain.

Fu mengbai was also Joanne Tseng’s “patron saint” in the play, often sheltering her in the dark. Therefore, there were many scenes in which he had to stand in the distance, laughing that he was also “the spirit behind the back”, and Chung Hsin-ling knelt down to him in the first episode. “She didn’t dare to let her kneel many times, but she entered the play without reading the whole script. She was very powerful and scared to death.” he smiled and said that the director called card for him to kneel.

Zheng Yuanchang, the God of the wind, and Ko Chia-yen, the God of the clouds, are constantly fighting against each other in the play. At present, the reversal of the role level is still foreshadowing, but each appearance is eye-catching. Ko Chia-yen also gets wet and laughs that the play is very wet, and only Fu Mengbo can hold an umbrella. At the final stage of shooting, everyone relies on willpower to cross the finish line.

Zheng Yuanchang was very happy and moved that he was too happy to shoot for a long time. He didn’t have to get caught in the rain. As long as he was responsible for the supply of drinks, people didn’t arrive in Taitung, but the wine had to arrive first. He said he didn’t wet the scene. “There were a lot of situations in filming, and that’s the case with actors.” all the actors cooperated for the first time, but they made their debut at the same time as Joanne Tseng.

Ko Chia-yen said that she would not think her role was very bad when she was acting. It was pianhua who cut her very bad. Joanne Tseng admired Ko Chia-yen for playing a very cute role.

Ke Shuqin plays Joanne Tseng’s grandmother “Barney” and is also a “priest”. In the play, she goes to battle with a plain face and laughs that she is “very comfortable”. In order to fit the role and perform more naturally, she also needs to speak Amis in the play. Ke Shuqin said: “it’s difficult to learn ethnic languages, just learn and sell them now.”

At the premiere, the cast of many “God” CASS in the play was officially made public. The “God of coral” played by Chung Hsin-ling was a God from marine coral and mocked himself as the “lowest level God” in the play. Recalling the play with Zheng Yuanchang, who has boundless power, the most impressive thing was: “he’s a madman at all.” Joanne Tseng filmed “falling in love with chocolate” at the age of 23 He worked with Chung Hsin-ling and Xue Shiling. When he learned that they won the prize, Chung Hsin-ling was very happy for them. Chung Hsin-ling also smiled and said, “yes, he (Xue Shiling) is still a young man now. I have played my mother-in-law.”

Yan Yulin, the “God of wisdom”, joked with Fu Mengbo that the stock was very high at the time of auction, and electric can play all, and all were very happy.

Yan Zhenglan’s “God of Green Embroidered eyes” is a God from Linye and the patron saint of Barney. She revealed: “it happened that her nickname during her study was” Lan bird man “. She ignited her enthusiasm for playing the God of birds this time.” In the play, she is always alive and chattering. Watching Ke Shuqin suffer a lot, she is helpless. Yan Zhenglan said: “As an elder, I felt full of challenges in the complex mood of watching Barney grow up. What impressed me deeply was that there was an emotional play. Sister Ke’s eyes gave me great strength and self-evident feeling, which made my tears fall down unconsciously, but because the feeling was too strong, my nose also flowed out a little too violently.”