(BEIJING, 28 May) – Chinese actress Jing Tian, who endorsed a food advertisement, has been fined a total of 7,221,200 yuan by the market regulator in Guangzhou, Guangdong province, which announced an administrative penalty for illegal advertising and endorsement, and immediately issued a public apology. 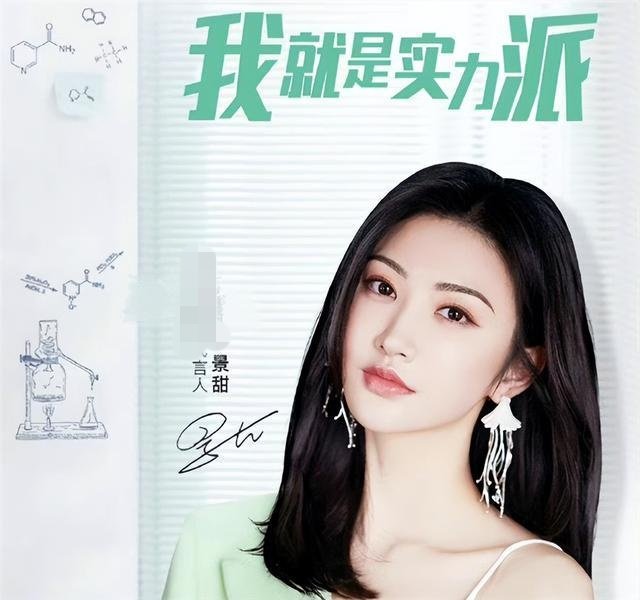 Jing Tian’s food advertisements were found to be uncertified by the relevant authorities. 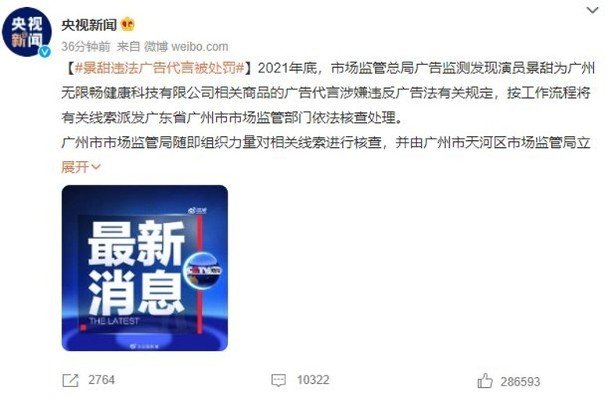 In the case that Jing Tian was aware of the laws and regulations that stipulate that ordinary food products are not allowed to advertise therapeutic and health effects, and that she did not have an effective way to verify the efficacy of the endorsed products, she still claimed in her own name and image that the endorsed products have the effect of “preventing the absorption of fats and sugars”. Therefore, Jing Tian will be fined 2.579 million RMB (approximately RM1.68 million) for the illegal proceeds from her advertising endorsement, plus a fine of 4.642,200 RMB (approximately RM3.02 million), totaling 7.221 million RMB (approximately RM4.7 million), and the company involved will also be dealt with according to the relevant laws. 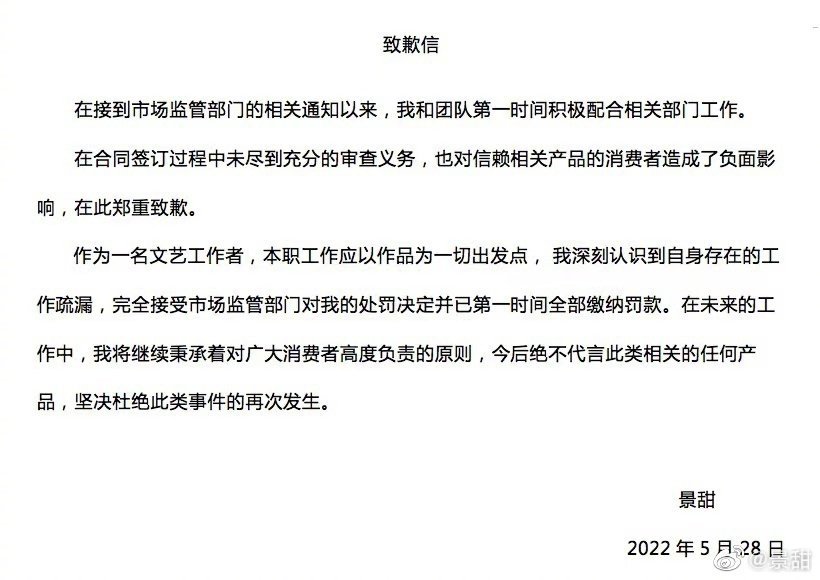 Jing Tian then issued an apology statement on Weibo, saying that after receiving the notice from the market regulator to cooperate with the work at the first time, she expressed her solemn apology for not doing her duty to adequately review the contract when signing it, which had a negative impact on the consumers, and fully accepted the penalty decision of the regulator, and paid the entire fine at the first time, and profoundly recognized her own work oversight, and will never endorse such related any products in the future.

The incident broke out less than an hour, in addition to a number of official media have issued an article communicating the incident, “# Jing sweet illegal advertising endorsement was punished #” topic also forced more than 110 million reads, online condemnation of Jing sweet, but also by netizens bombarded her know the law, it seems to take some time to calm public opinion.