Last year, the divine drama sequel “Hanzawa Naoki 2(半泽直树2)”, starring Masato Sakai (さかいまさと), sat firmly in the highest rated film series in 2020. Yesterday (27th), the drama won the Excellence Award in the “International Drama Festival in TOKYO 2021″. When director Katsuo Fukuzawa (ふくざわ かつお) came to the stage to receive the award, he said he hoped to continue filming the sequel.

As soon as the news came out, many fans were very excited, “super expectation”, “hahaha, I also want to see him as president”, “I can wait!!!” and “it’s fun to fall after becoming president”; However, there are still some fans who are worried about their opposition, “although they look forward to it, they are afraid of a bad ending”, “the freshness of the second film has been greatly reduced after too long, just enough”, “although they like this series very much, uncle Yaren is no longer a young man, so don’t bother…” 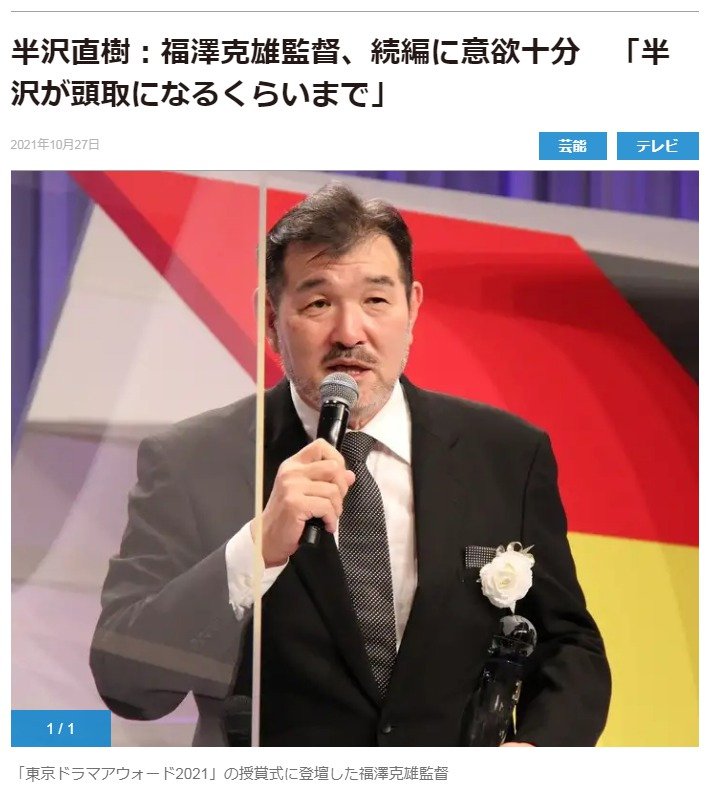 “Hanzawa Naoki” The director revealed that he wanted to continue making a sequel. Figure/taken from mantan-web.jp