Hong Kong’s famous director Lo Alex Law passed away on the 2nd at the age of 70. He was a well-known director and screenwriter in the movie industry, with his representative works including Chow Yun Fat and Chung Chor Hung’s “This Korean drama/秋天的童话“, Maggie Cheung, Michelle Yeoh and Wu Jun Mei’s “The Soong Sisters/宋家皇朝“, and “Echoes of the Rainbow/岁月神偷“. 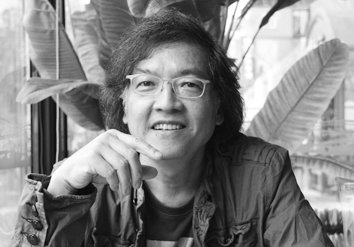 The news of his death was first spread in the circle of former students of his alma mater Diocesan Boys’ School, followed by friends who heard about it one after another, and it was rumored that he had a heart attack.

It is reported that he usually has no major health problems, and earlier friends gathering are normal, but now it is rumored that regret it.

Alex Law and his wife, Mabel Cheung, produced and filmed many classic movies together, including “Illegal Immigrants/非法移民“, “This Korean drama“, “Qi Xiao Fu/七小福“, “Beijing Fun and Fury/北京乐与怒” and “Echoes of the Rainbow“, etc. The couple had the title of “Male and Female Director”.

He directed “Echoes of the Rainbow” in 2009, which was a story based on his own childhood experiences growing up and starring Yam Tat-wah and Ng Kwan-yu.