(Beijing, 4 July) “Sisters Who Make Waves 3/乘风破浪的姐姐3” has been under constant discussion since its launch, and “Sweet Goddess” Cyndi Wang has been the subject of much discussion. The show recently broadcast the third public performance (three public) stage, she was the captain for the first time, leading Ajiao (Chung Hin Tong), Sa (Choi Cheuk Yin), Zhang Tian Ai, Wu Jin Yan to form a female group “I love you Sajiao/我爱你撒娇” (from “Wu Ai Ling SA Jiao” harmonics), sang an adaptation of The original song “Star Lighting/星星点灯“, However, Zheng Zhihua, the original singer of the song, publicly protested against the “Messing with lyrics”. 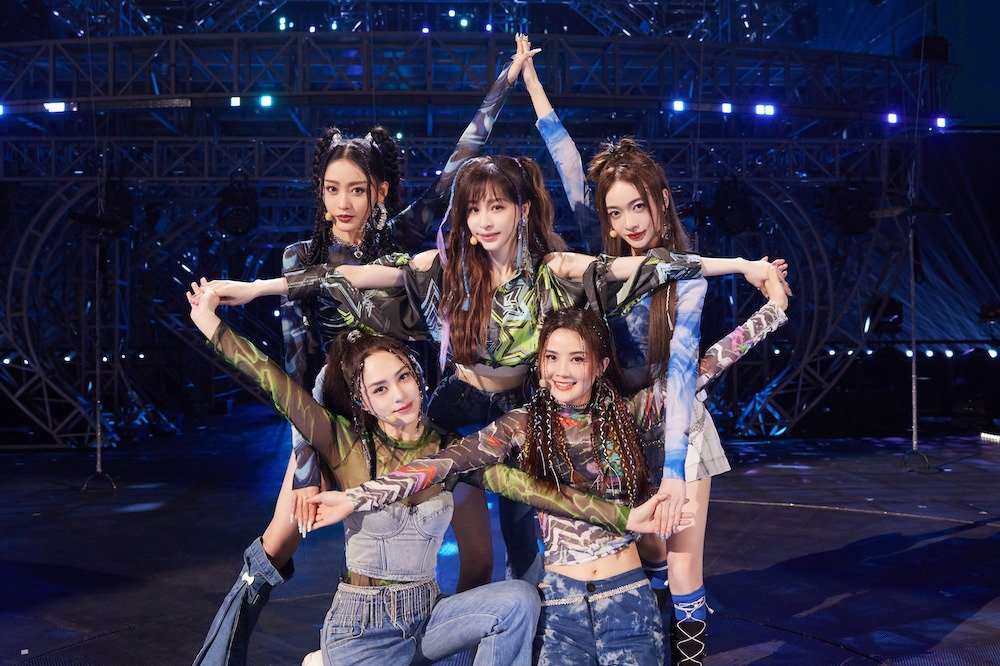 Cyndi Wang led the team to interpret “Star Light” as a sweet and cool girl group disco dance song, the lyrics were also slightly modified to suit the program, such as: “The sky now is a dirty sky, the stars are no longer visible in the civilized sky/现在的一片天，是肮脏的一片天，星星在文明的天空里，再也看不见” the lyrics were changed to “The sky now is a The stars are always visible in the sky of civilization/现在的一片天，是‘晴朗’的一片天，星星在文明的天空里，‘总是看得见’”.

However, the original singer and songwriter of “Star Light”, Zheng Zhihua, recently posted a text on Weibo, criticizing: “I am shocked, angry and regretful that my classic song, ‘Star Light’, has been altered with the lyrics!”

His posting has caused discussion among netizens, many of whom have left messages of support: “I grew up listening to your songs, and it’s really infuriating to change them”, “A song full of humanism has been changed into a pandering hymn”, “It’s hard to listen to it. The arrangement is also very poor and can only be described as a different song. Some networks also pointed out that on the 2018 CCTV program as well as on variety shows in the past few years, the lyrics of “Starry Night” have always been in a reworked version.

It is understood that in Chinese variety singing programs, it is common to have the lyrics changed, as long as it involves negative, sexually suggestive words and phrases with obscurity will often be “adapted”, like Jolin Tsai’s “PLAY我呸“, Zhang Hui Mei’s “Matriarchal Society/母系社会” have been adapted lyrics.