Actress Esther Yang (阳咏存) at the age of 15, she participated in the mature Chinese American girl unit of “Guess Guess Guess (我猜我猜我猜猜猜)”. Later, she immigrated to the United States with her father and didn’t return to Taiwan until she became an adult. She participated in the drama “Bitter Sweet (軍官情人)”, “Home Sweet Home (真情之家)” and other works. After giving birth to her son “Warm” in 2019, she reported the good news again in April this year, and the second child was born smoothly on the 21st, It’s a little princess. Two children, a man and a woman, just make up a good word

When Esther Yang was pregnant with her second child, she had a strong sense of discomfort in the early stage. Not only did the embryo bleed, but also there was cervical laceration. Coupled with serious retching, she had to stay in bed and have a baby. Fortunately, she recovered a lot after she survived the discomfort. A few days ago, she warned on the fan page that she was about to unload. On the 21st, er Bao was born smoothly. Her mother and daughter were safe. The lovely little princess unconsciously tooted her mouth when she was sleeping with her brother As cute as “warm”! 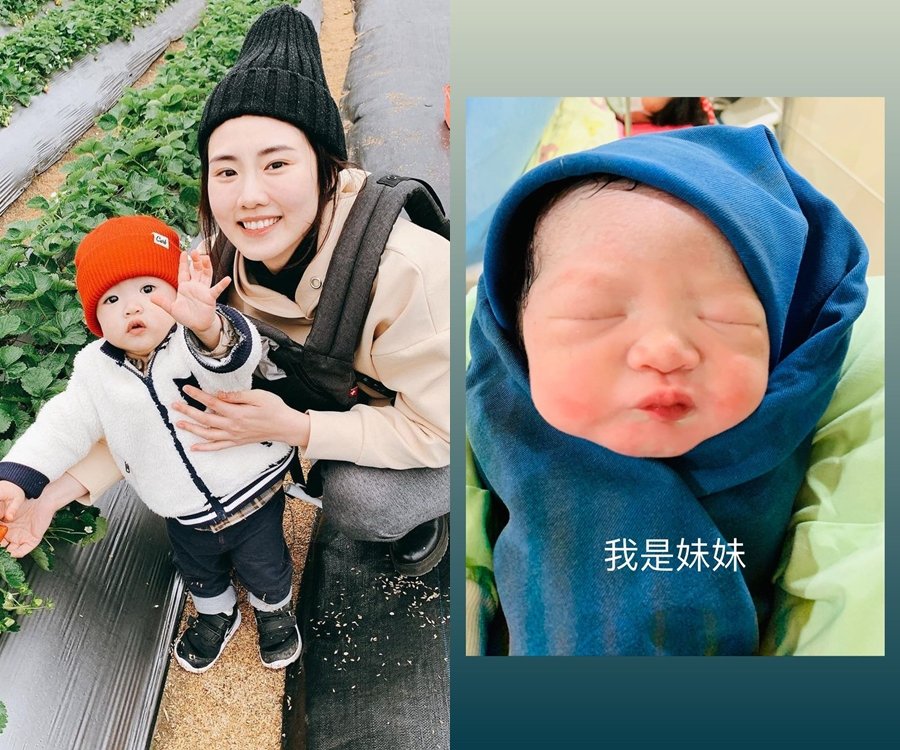