In recent years, China’s entertainment industry has become increasingly restrictive, in addition to the previous ban on Korea and mothers, the content of costume dramas has also been restricted, in addition to delayed works are also stuck.

According to the United News Network, it was recently rumored that China’s radio and television plans to push new rules, a director named Li Xiang on the microblogging exposure of the “General Administration of Radio, Film and Television Zhu, deputy director of the internal speech”, which mentioned that next year may also be tightened, advocating contemporary themes and revolutionary and historical themes, with special attention to the following six directions. 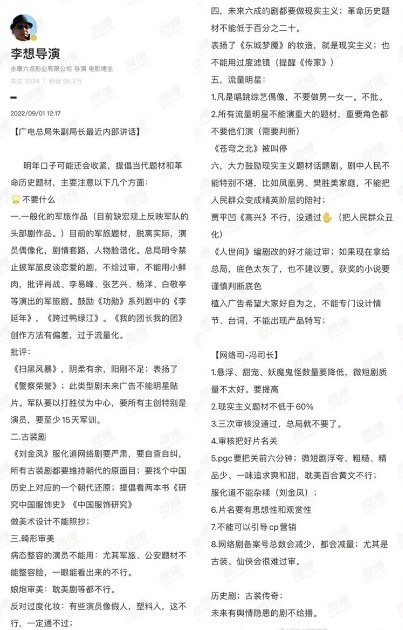 The new rules for Chinese TV dramas have been removed. (Photo taken from Weibo)

In addition, the actors are required to shoot such works need at least 15 days of military training. 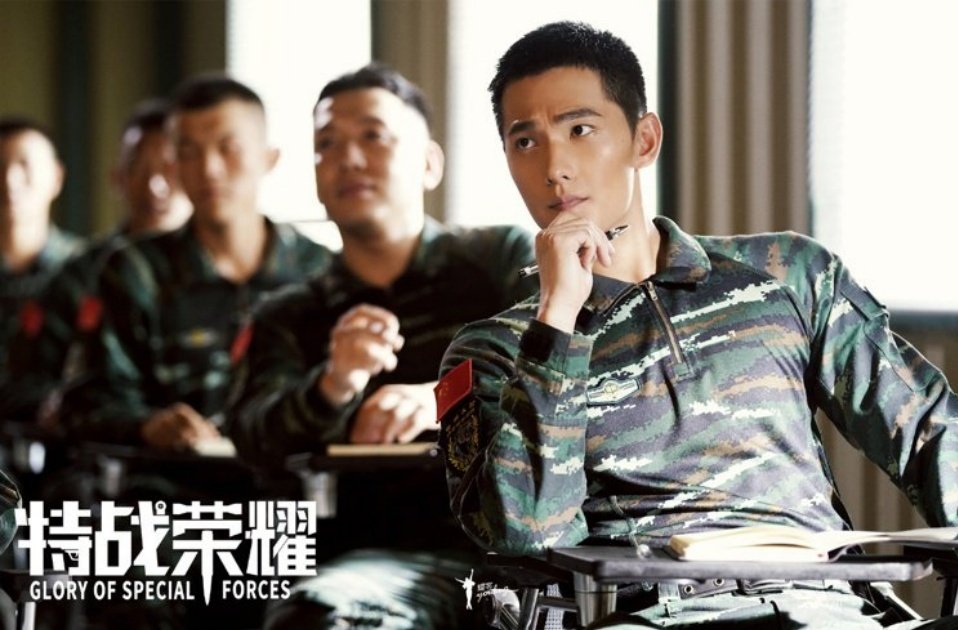 (b) It is the costumes, makeup and props of ancient costume dramas should maintain the original appearance of that dynasty and should be restored corresponding to the historical dynasties, and two books are recommended, “Researching the History of Chinese Costumes/研究中国服饰史” as well as “Researching Chinese Costumes/中国服饰研究”.

(D) requires that in the future, 60% of the plot should be in line with realism, and the revolutionary and historical themes should not be less than 20%, in addition to the requirement not to use excessive filters.

(E) also mentioned that all the singing and dancing variety idols “do not do male and female one”, and all the flow of stars can not play a major subject matter, “important role do not want them to play”.

(6) requires to strongly encourage the work of realism, the people appearing in the drama can not be particularly bad, such as “Ode to Joy/欢乐颂” in the patriarchal “Fan Shengmei family”, as well as the Phoenix male type, “can not turn the people into the elite class of accompaniment.” At the same time, it is required not to scandalize the masses, the plot undertones can not be too gray, otherwise it may not be able to pass the review. 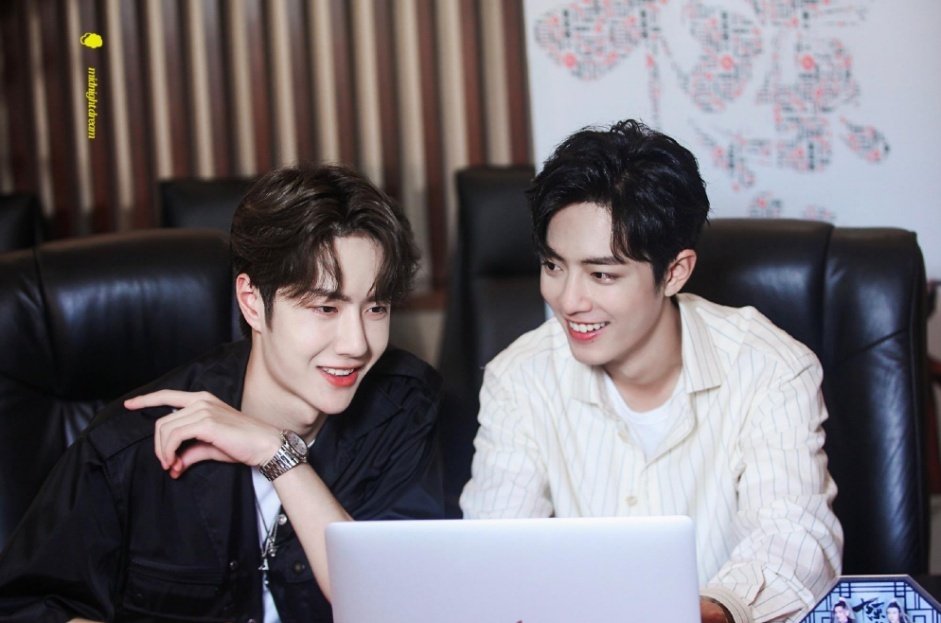 Xiao Zhan and Wang Yibo burst into the limelight with their TV series “The Untamed/陈情令”, and their friendly relationship in the drama and their interaction outside the drama has also generated a lot of CP fans. (Photo taken from the internet)

In addition, the net drama part, Li wanted to share the text of the director mentioned a director Feng points out 8 points, including sweet pets, demons and monsters to reduce the number of plays; realistic themes can not be less than 60%; three times do not pass the trial do not want; audit to the title of the gatekeeper; micro-short drama quality must be improved, not just the pursuit of cool and sweet, delay, lily, yellow text can not; the title should be thoughtful and ornamental; can not lead to CP The future of online drama filing will reduce the amount, especially the ancient, immortal drama will be very difficult to review. 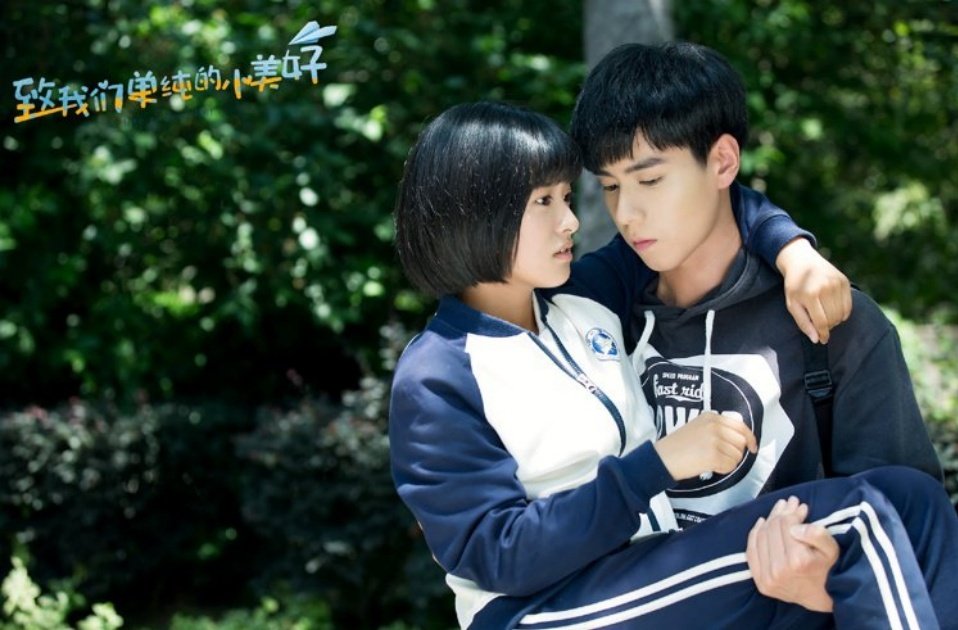 Stills from “A Love So Beautiful/致美丽的我们“. (Photo taken from Weibo)

The director’s posting then aroused concern, but the original posting has been deleted, there is no official response, so the authenticity is not yet known, the current microblogging netizens are roughly divided into two factions, one believes that no official announcement is a rumor, can not be trusted, the other believes that if the content is true a little too much, I’m afraid that the creative environment is getting worse, “internal entertainment, the stage, The film and television drama, idols, actors double finished, what to do ah!”