(Beijing, 22nd) The King of Heaven, Andy Lau, has been in the show business for more than 40 years and his quality image has made him loved by all walks of life. Recently, he was shooting an advertisement for Audi cars, although it was a Xiaomun festival science video, but because of Andy Lau’s support, the advertisement became a hot topic of discussion among netizens as soon as it came out. The ad has been exposed as a plagiarism, and Audi has responded immediately by temporarily taking the ad offline.

The ad was released on the 21st on all major platforms on the internet, and the ad even received more than 5 million likes on Andy Lau’s ShakeYin, but then a ShakeYin live streamer, “Bei Da Mango “The company’s main goal is to provide the best possible service to its customers.

The “Beida Mango” also showed the film for comparison, and found that not only the content of the text is the same, even the quoted poem of Zeng Guofan is also “borrowed chisel”, in addition to some small changes, the content of the text is almost identical. The matter then triggered a hot debate among netizens, early on the 22nd Audi issued an apology statement on the official microblogging site, pointing out that because of poor supervision and lax auditing, to Liu and Beida Mango caused trouble, offering a sincere apology, but also the advertising film involving infringement, from the major network platforms offline. 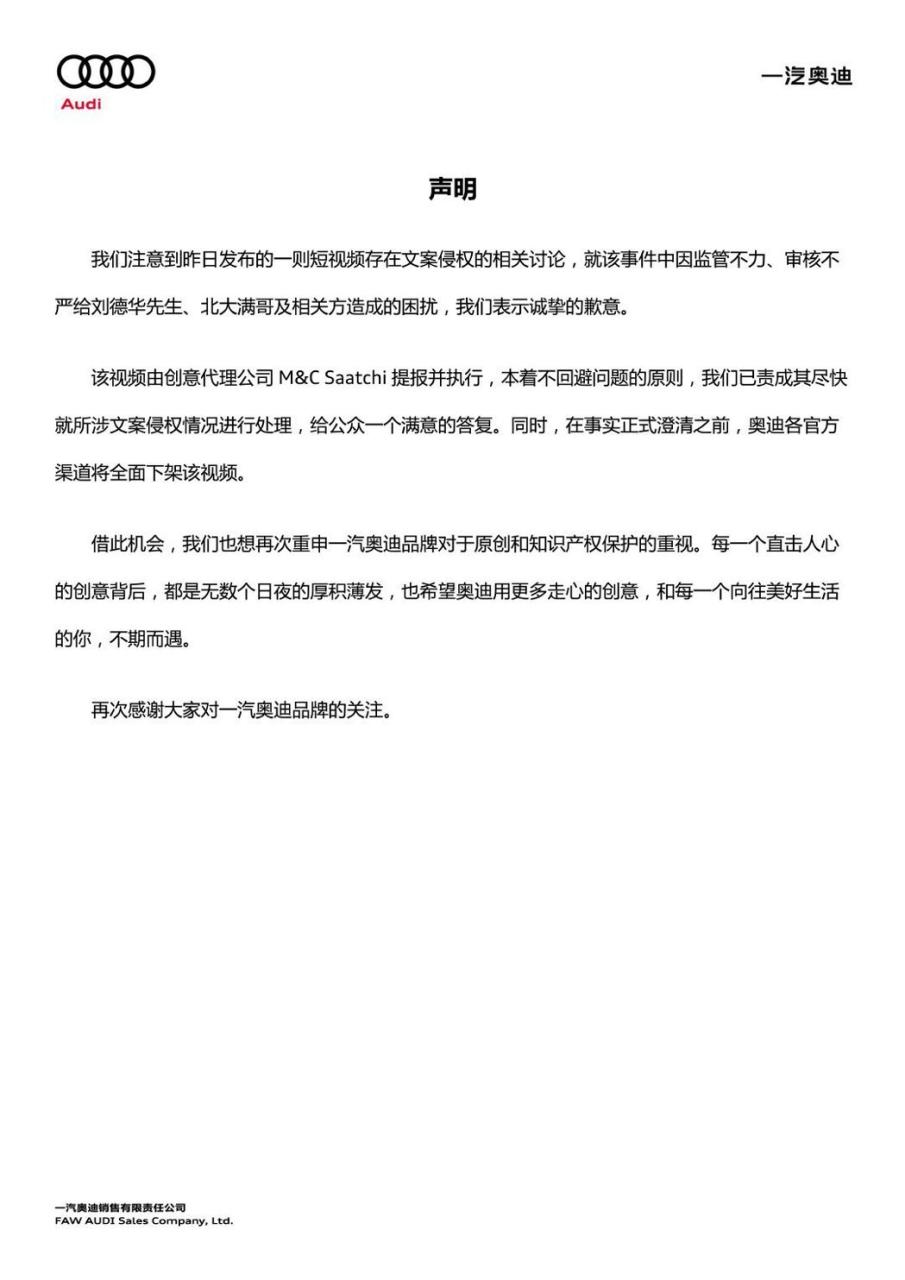