Artist Lotus Wang (王彩桦) in the 8:00 “Golden Years” of the popular TV, she plays Shu Man, the mother who is worried and tired for her children. Recently, she brought her lovely hairy child Duffy into the studio for video recording, which caused a lot of commotion. She joked that she took her hairy son for vaccination in the morning and brought her to visit her mother’s working environment just in the afternoon.

Originally, I arranged to play with my sister next to Duffy. Unexpectedly, the child sat quietly all the way and asked Lotus Wang to boast, “It’s really too dignified, I can always bring out!”

At 8 o’clock, there were more healing animals in the comb room, which eased the trembling working environment. Actors Roger Wang (王中平), Royce Wong (王燦), Penber Pan (潘柏希), Che-Hao Chang (張哲豪) and Miao Zhen (苗真) all came forward to touch Duffy when they saw that there were lovely hairy children in the lounge. Some people even surrounded Duffy to find out where his mother was. Duffy really found it all at once and let Lotus Wang say it directly “It’s glorious”. It’s like a child coming home with a championship trophy. Wang Zhongping shares that everyone is in a good mood with pets at home, and it’s a good lubricant for children and elders.

Lotus Wang said that at that time, after a friend’s introduction, he melted at the sight of Duffy’s cute appearance. After discussing with his family, he decided to adopt him as Mao’s son at home. He smiled and said that he needed company very much, especially when his two daughters grew up and had their own activities and time. He thought that if he raised Duffy, he could also accompany his elders at home, especially after work, “son” She will come forward and act like a spoiled child, making her work fatigue disappear all day. “It’s better than vitals.” 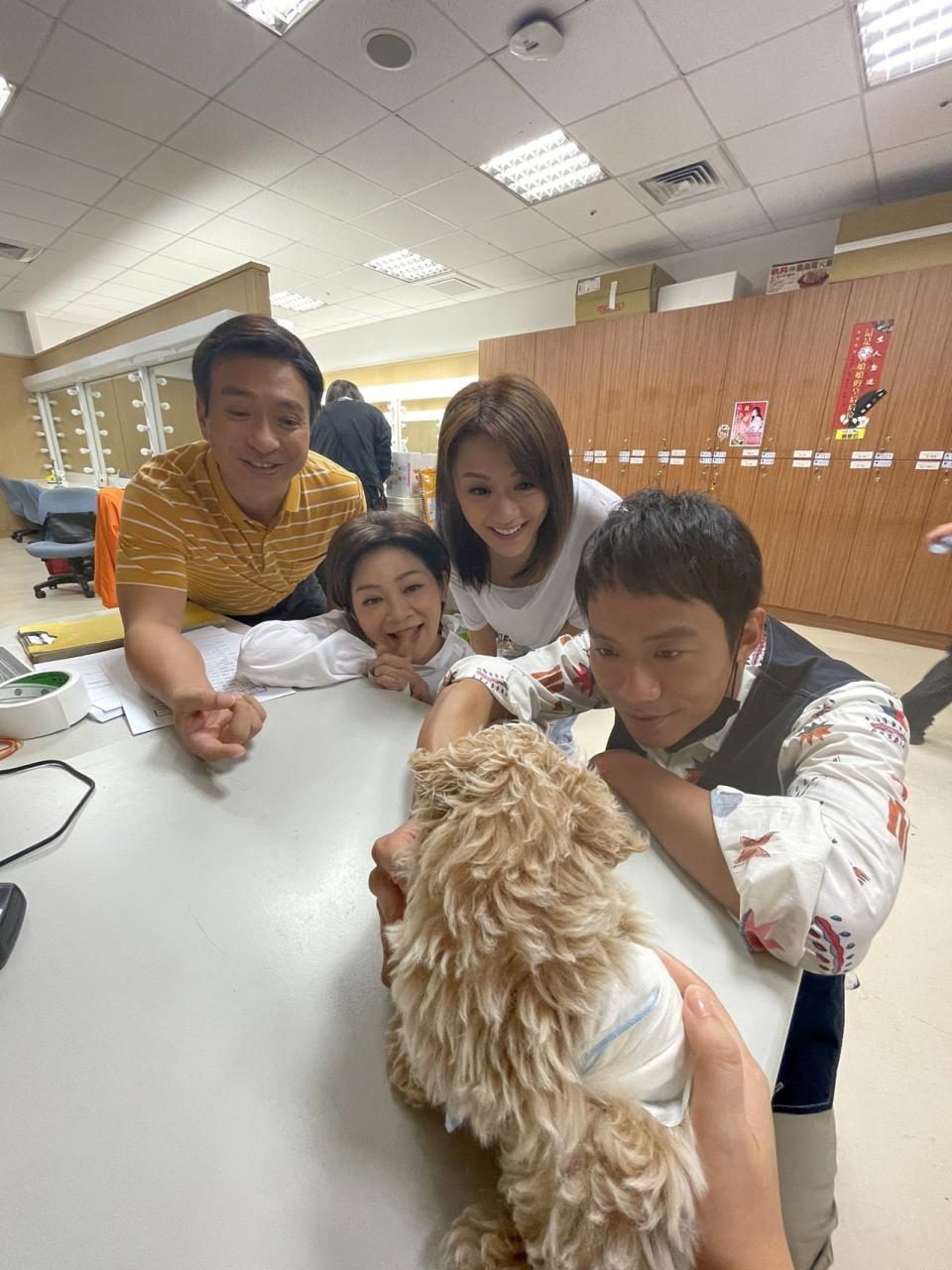 Lotus Wang takes Duffy to the shed and Wang Zhongping (from left), Miao Zhen and Zhang zhehao play with him. Figure/CCTV provides