The 45-year-old former basketball player Yen Hsing-su opened his name in the acting world with the TV series “My MVP Valentine” and formed a boy band “183 Club” with Wang Shaowei and Ming Dao, etc. After he quit 183 Club in 2008, Yen Hsing-su returned to the basketball world as a TV commentator and now works as a basketball coach.

The private life is low-profile, Yen Hsing-su shared a photo with his daughter on the 24th on Facebook, announcing the happy news of becoming a father without warning, making many netizens surprised and happy! He wrote in his message, “Me and #Xing Bingle/芯冰乐 back to back, born 51 days away from the nest back to the clinic, now we are all she has, I am immersed in the pink world, all accessories are!” 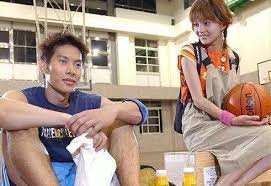 Yen Hsing-su also attached 3 love symbols, words full of joy of being a father, only to see his daughter lying asleep in the seat, you can vaguely see the nose is quite high, inherited from his father’s good genes.